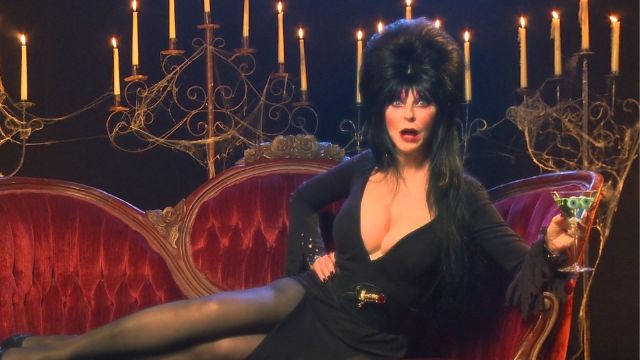 Horror’s most well-known and buxom hostess, Elvira, Mistress of the Dark, has given the world the answer they’ve been waiting over forty years for.

The valley-girl gothic queen of the trashy B-movie rose to fame in the late 80s with her titular show, and actor Cassandra Peterson has answered a long-standing question from her followers — how did they manage to have their chest always look as prominent and shapely as they did?

Just ahead of Halloween, Peterson responded to a tweet remarking on how she kept the double-sided tape makers in business for several decades with her iconic look. Surprisingly, Elvira didn’t require any sort of enhancement from tape to stay well-shaped while in costume. She didn’t lay claim to any gravity-defying magic, either, just sewing skills — hers, or somebody’s — and an old-fashioned sewn-in longline bra. A true girlboss horror inspiration to all those out there.

Elvira has remained a horror icon well beyond Peterson’s years. Now 71 years-old, she’s still at the forefront of discussions for best horror series hosts, most well-known women in the genre, and as a queer icon. Peterson returned to the horror genre with Rob Zombie’s middling The Munsters reboot, with a rare credit not as Elvira.

Peterson has attempted to bring Elvira back to modern audiences, with her announcing intentions to make an animated series with the Mistress of the Dark in 2018, but with seemingly little success. The character is far from being laid to rest however, with Peterson appearing as Elvira as a guest in everything from Scooby-Doo to RuPaul’s Drag Race.

Elvira has lived-on in parody form as well, with The Simpsons featuring a character called Booberella a very on-the-nose pastiche of her already pastiche-like character.