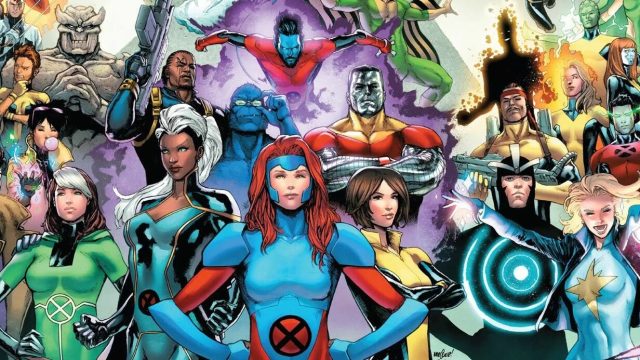 To paraphrase Professor X, mutation — it is the key to the MCU’s survival. And while Marvel sure is making us wait for the full X-Men team to appear, more and more mutants are coming out of the woodwork as Phase Four continues. Yet another one has been confirmed to show up in the next couple of months, and on a similar note, a member of the Avengers that we thought was a goner looks set for a comeback, as teased by the most reliable source there is. Let’s dive into today’s Marvel roundup!

Black Panther: Wakanda Forever might be making a lot of changes to Namor’s comic book character, but at least we know that the MCU will be retaining one key part of his origins. Tenoch Huerta has delighted fans by letting slip that the Sub-Mariner will remain a mutant on-screen. Fun fact: Namor was actually the very first mutant in the comics, so some purists are miffed that he didn’t get this honor in the MCU thanks to that big Ms. Marvel retcon.

None of us believed that Wanda Maximoff was really dead, or at least dead for good, at the end of Doctor Strange 2, and now even Kevin Feige himself has practically admitted this isn’t the case. The Marvel Studios president recently called the permanency of Scarlet Witch’s apparent demise in Multiverse of Madness into question, although he frustratingly wasn’t forthcoming enough to tell us when we can next expect Elizabeth Olsen to don her crimson crown.

Returning to Black Panther 2 for a moment, the latest rumor suggests that the Ryan Coogler sequel may be one of the longest MCU movies we’ve ever had. According to this intel, the film will run for a total of 2 hours, 41 minutes, which would put it a full 23 minutes longer than its 2018 predecessor. For a story that has to balance honoring T’Challa’s legacy, seeing Shuri rise up as the new BP, and introducing Namor, some bloat is probably to be expected, although hopefully Wakanda Forever won’t overstay its welcome.

Does this Avengers Easter egg tell us there’s more to those She-Hulk villains than meets the eye?

The last episode of She-Hulk: Attorney at Law caught fans’ attentions with its inclusion of a social media site for incels called Intelligencia, which just so happens to be the name of a supervillain organization from the comics. So could this site be a front for that evil cabal? A newly uncovered Easter egg from Avengers: Age of Ultron suggests so, as Andy Serkis’ Ulysses Klaue is listed in his S.H.I.E.L.D. date file as being “a former member of the Intelligencia.” It would be kind of weird if all that basically meant was “used to go on Reddit.”

Come back Wednesday, Wanda apologists, for your next Marvel news roundup.