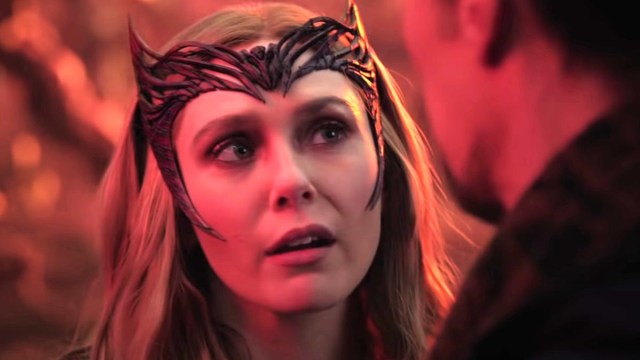 One of the most infuriating tropes of the Marvel Cinematic Universe is the fake-out death, which has been used so often during the last 14 years that it’s almost impossible to buy into any character’s demise, when there’s an exceedingly high possibility we’ll be seeing them again. Sure enough, Scarlet Witch fell right into that trap at the end of Doctor Strange in the Multiverse of Madness.

Did anyone buy for a single second that Elizabeth Olsen’s Wanda Maximoff had really been shuffled off her mortal coil? Anyone? Well, somebody should probably tell Kevin Feige, then, because the company’s chief creative officer has been typically vague when discussing a potential comeback for the MCU’s most powerful figure in a Variety interview.

“There really is so much more to explore. We still haven’t touched on many of her core storylines from the comics. I don’t know that we saw her under rubble? I saw a tower coming down, and a little red flash. I don’t know what that means. I’d work with Lizzie for another 100 years if we could. Anything’s possible in the multiverse! We’ll have to see.”

There you have it, folks; Feige has basically confirmed the return of the Scarlet Witch. Sure, that’s not what he says, but we can infer from his deliberate choice of wording that she’ll be back. Which is just as well in all honesty, because Olsen’s Golden Globe and Emmy-nominated work in WandaVision turned her into a firm favorite, so much so that there was backlash towards her villainous transformation in Sam Raimi’s Doctor Strange sequel.

“Anything is possible in the multiverse” is no doubt going to become a go-to soundbite for Marvel’s heaviest hitters, but it’s also as true as it is vague, so we can take from that what we will.