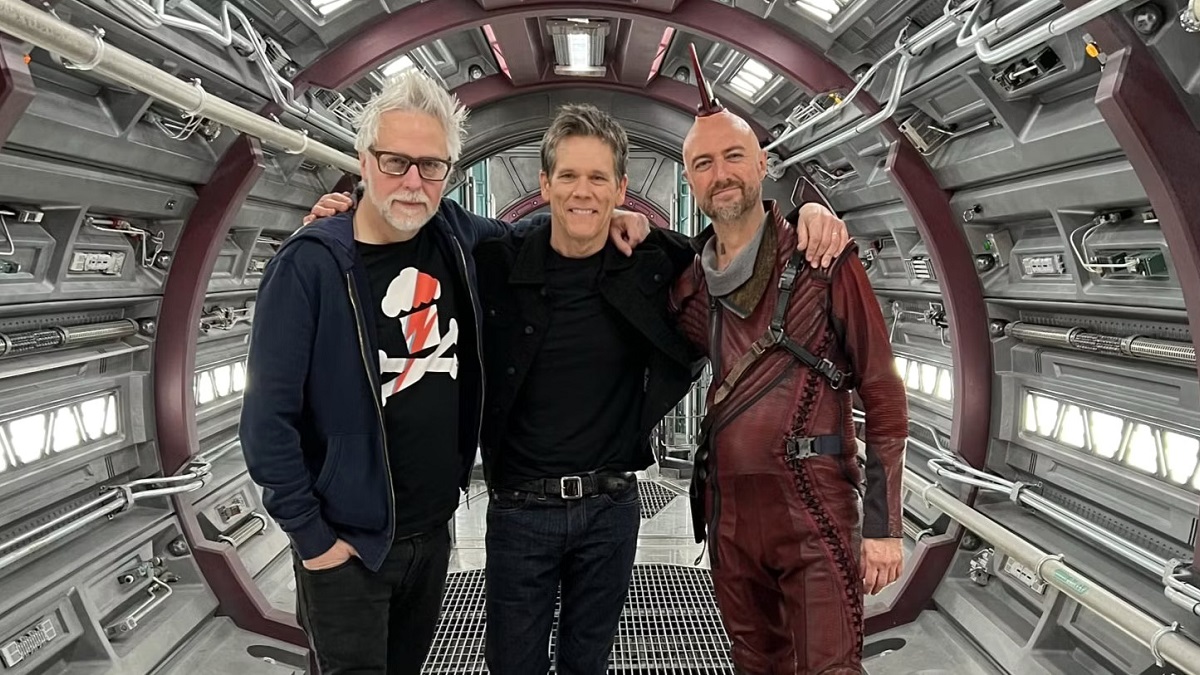 With one foot placed firmly in both camps until Guardians of the Galaxy Vol. 3 comes to theaters in May, the Marvel vs. DC tribalism has reached molten levels on James Gunn’s social media accounts, with the filmmaker and executive being swamped by fans, naysayers, doubters, and detractors firing shots across his and each other’s bows whenever he posts anything.

As a result, even wholesome content has been devolving into an all-out war between the rival comic book factions, but there could at least be some good news coming Emily Blunt’s way after reports emerged that she may be edging closer and closer to never being asked the question that haunts her ever again.

You can’t turn around these days without bumping into somebody voicing a strong opinion on DC Studios co-CEO James Gunn, and the trolls have once more emerged from their caves to blast the man who killed Henry Cavill’s Superman for taking to Twitter and celebrating the Certified Fresh status of The Guardians of the Galaxy Holiday Special on Rotten Tomatoes.

Having previously voiced his desire to secure the coveted trophies awarded to projects that secure such a lofty status, the writer and director casually ignored the thousands of DC-related questions being posed in his direction to joyously reveal to the world that the MCU has bestowed him with yet another gift.

You can see the life drain out of Emily Blunt’s eyes anytime she’s asked a question about potentially joining her husband John Krasinski in the MCU as the Sue Storm to his Reed Richards, but a new rumor claims that a front-runner has emerged from the pack to become the number one choice for the role in Matt Shakman’s upcoming reboot.

Ambulance and Baby Driver star Eiza González is the name in question, and you can only imagine the relief Blunt is going to feel when somebody finally gets hired to play the Invisible Woman, for the sole reason that it means nobody’s going to be asking her about it anymore.

Jonathan Majors’ Kang the Conqueror will make his official MCU debut in Ant-Man and the Wasp: Quantumania, and the fact the fifth Avengers movie has his name in the title indicates that he’s going to live up to his billing and then some.

That being said, it’s been pointed out that a great swathe of the 616 universe has already been conquered in the past, but nobody really tends to bring it up either in or outside of canon. Anthony Hopkins’ Odin laid waste to the entirety of the Nine Realms in days gone by, before he eventually morphed from a warlord into a kindly old man with a lasting legacy of nothing more than causing severe daddy issues.

It’s James Gunn again, this time failing to get folks into the Christmas spirit

James Gunn put one of his favorite bands in The Guardians of the Galaxy Holiday Special, and the Old 97’s responded in kind by delivering the insanely popular song ““I Don’t Know What Christmas Is (But Christmastime Is Here)”.

A singalong version has since been released so families around the world could gather around the fire and belt out what’s sure to become a staple of festive playlists everywhere, only for the thread to be hijacked by angry DC diehards demanding he be fired as co-CEO for daring to usher Henry Cavill towards the exit.

Maybe tomorrow’s Marvel news will be a little lighter on the Gunn hate train, but there’s only one way to find out, so be sure to check back tomorrow.