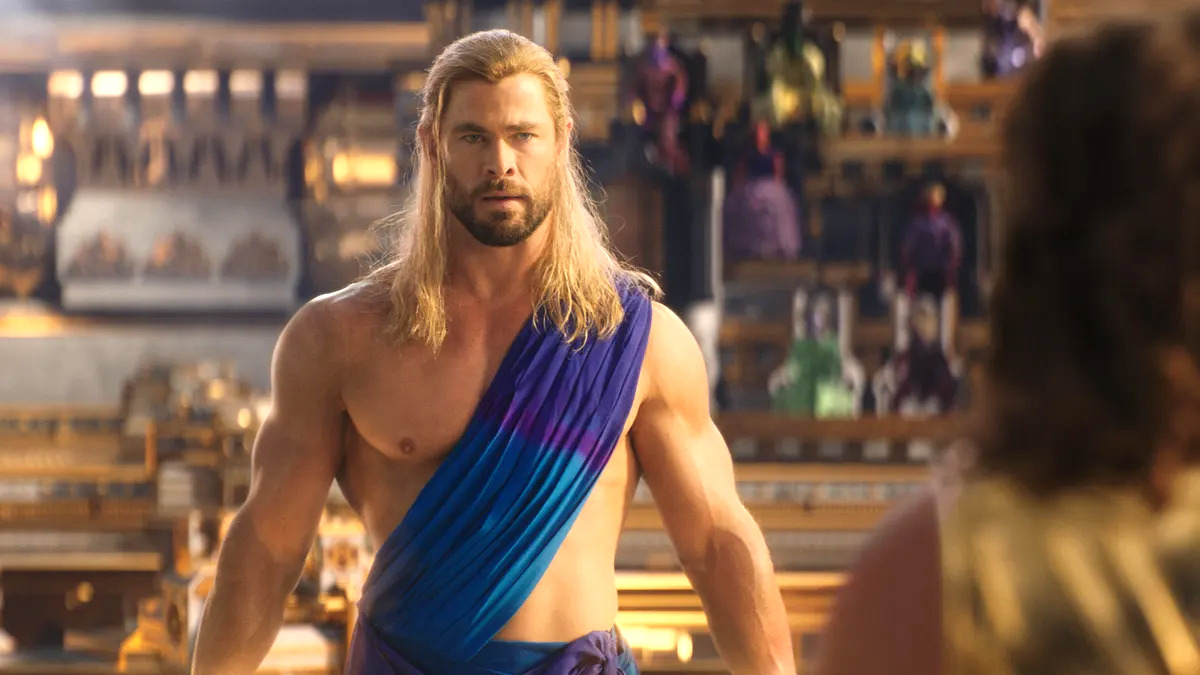 Another day, another reason for fans to tear into Thor: Love and Thunder. Although in this case, it’s because the movie almost featured what would’ve no doubt been a truly epic sequence if director Taika Waititi hadn’t decided to remove it for reasons unknown. Elsewhere in the Marvel multiverse today, Sony’s latest Spider-Verse movie announcement has left the internet 100 percent certain the studio is 100 percent clueless about what to do with the franchise. Let’s get stuck in…

Thor: Love and Thunder deleted scene features an iconic comic book villain you will not believe got cut

At this point, it’s hard to conceive of what Taika Waititi could’ve done with Love and Thunder that might’ve rescued its reputation. But, you know what, some new concept art that reveals a shocking deleted scene might just tell us the answer. The aborted sequence pitches Jane Foster’s Mighty Thor against a Fantastic Four foe we all can’t wait to see in the MCU. If the movie had gone ahead and introduced this galactically powerful villain into the franchise, it might’ve actually earned some love.

Sony announces yet another Spider-Man movie about a Z-list character, and fans are more baffled than ever

Good news! Donald Glover is working with Sony on a new Spider-Man spinoff film. Bad news! He’s going to be playing… Hypno-Hustler? Yes, following on from El Muerto, the studio has managed to find an even more obscure comics villain on whom to hang a blockbuster movie. And, unsurprisingly, the internet is more convinced than ever that Sony has no idea what it is doing with the highly lucrative Spidey kingdom which features so many iconic characters, a list that definitely doesn’t include Hypno-Hustler.

Staying with the Spider-Verse for a moment, it turns out DC diehards aren’t the only ones getting emotional over Henry Cavill being done as Superman. The situation of a popular British actor being forced out of their underrated take on an iconic hero before they’ve had the chance to complete their arc is proving very triggering for those who’ve already gone through this exact same scenario when Andrew Garfield was ousted as Peter Parker after the collapse of The Amazing Spider-Man. Why does this keep happening?

Think of some underrated Marvel shows for a moment. What did you come up with? I guarantee you probably forgot all about one of the most truly unfairly overlooked series based on a Marvel comic — Freeform’s Cloak & Dagger, an impressive adaptation of the titular superhero teen couple of the same name. Thankfully, though it’s spent several years wallowing in obscurity, those on Reddit have been singing its praises at last. Here’s hoping the studio can find a way to bring back stars Olivia Holt and Aubrey Joseph somewhere.

Saddle back up on Sunday, Sony saboteurs, for another roundup of the latest Marvel news.