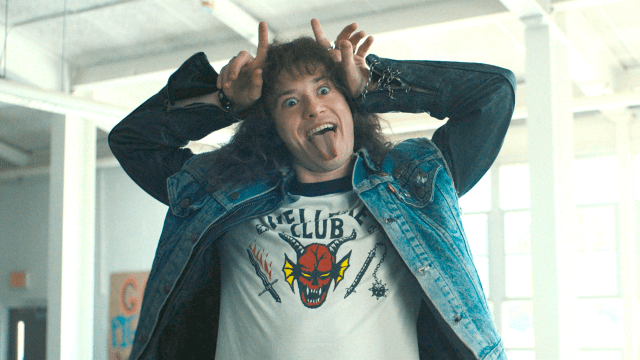 At the moment, there are a lot of exciting sci-fi projects on the horizon — almost enough to make you forget that HBO, of all companies, has canned one of the most important works of the speculative genre in the past decade— but as audiences prepare for the arrival of Avatar: The Way of Water and even Dune: Part Two in a few years, some have looked back on a very beloved and popular movie, which, interestingly enough, was written by the same guy who created Westworld.

Meanwhile, Stranger Things star Joseph Quinn has landed a new role in another major sci-fi survival horror franchise, and Anya Taylor-Joy is here to dish on the frustratingly challenging Mad Max: Furiosa shoot with George Miller. Check out all of that and more in today’s sci-fi roundup below.

In developments that make no sense and frustrate everyone with the corporation world, HBO cancelled Westworld after four seasons knowing full well that Jonathan Nolan and Lisa Joy only needed one more outing to wrap up their ambitiously convoluted narrative. Luke Hemsworth, who had portrayed Westworld bodyguard Ashley Stubbs since the show’s conception in 2015, has recently expressed his disappointment in the decision and hinted at how the story would’ve otherwise ended if the powers that be weren’t always thinking about the money in their pockets.

“The idea right from the start was to go full circle and come back to be about loops, to be about human beings and robots being stuck in that trajectory,” he explained to Deadline. “Unfortunately, we get cut off, but it’s the nature of the world. You can’t get depressed about it. You move on and it opens up new doors.” Will Westworld fans be able to move on, though? That’s a question that only time will answer.

Speaking of Jonathan Nolan, the acclaimed scriptwriter is best known for repeated collaborations with his brother Christopher Nolan, one of which involves a little high-grossing nostalgic piece from 2014 named Interstellar. Now, the movie that many critics hated and every cinema-goer loved is garnering attention on streaming all over again.

Interstellar may have featured unforgettable set pieces on alien planets and an even more somber, albeit aesthetically magnificent, take on deep space, but at its heart, the story was always about the love between a father and his daughter, and how those feelings could transcend the very fabric of time and space. As mentioned earlier, there are a number of upcoming sci-fi flicks that are sure to get your nerd blood pumping, but Interstellar rising from the dead after so long is giving us the perfect excuse to revisit one of the most popular movies of the past decade and fall in love with the timeless narrative that the Nolan brothers have weaved together in this epic 2014 blockbuster.

Joseph Quinn was the true star of Stranger Things season four, but the actor isn’t afraid of being type-cast in every sci-fi horror project conceivable, as Hollywood is in the habit of doing whenever a breakthrough thespian appears in the limelight. Because, believe it or not, Quinn has now come aboard the spinoff to 2018’s A Quiet Place.

The movie is being produced thanks to a story treatment by John Krasinski, who wrote and directed the original flick. Pig‘s Michael Sarnoski is attached to the project as director, while Lupita Nyong’o is spearheading the cast. Quinn will be the latest addition to the Day One team, a prequel that’s supposed to depict the events of the day when the strange sound-sensitive aliens invaded Earth and subjugated humanity in one fell stroke. We already saw glimpses of that in the prologue to A Quiet Place Part II, so it’ll be interesting to see what the producers can bring to that nightmarish scenario with this spin-off.

Dune: Part Two is heeding criticisms about this particular character and giving her a much more prominent role

Zendaya enthusiasts were more than a little disheartened to learn that her role as Chani in Denis Villeneuve’s Dune basically boiled down to a number of ominous visions visited upon Paul Atreides. The character finally made her debut in the movie’s closing minutes, with a promise of more to come in Part Two, but that was nowhere near what the movie’s promotional campaign made Chani out to be. The character is undoubtedly integral to Paul’s story, as we’ll soon figure out, but will Villeneuve amend his mistake in the upcoming second chapter of this ambitious sci-fi adaptation?

Well, according to Timothée Chalamet, who is currently doing the press rounds for his new movie Bones And All, you’ll definitely get to see more from Chani in Dune: Part Two, which is currently undergoing principal photography. “She’s bringing exactly what she brought to the first one — which was incredible — but in greater abundance. And she’s really become a sister. I’m so grateful to count her as a partner and a sister and a friend,” he said.

By now, you should know that Max Max creator George Miller takes no prisoners when he gets behind a camera and starts handing out orders regarding the post-apocalypse. Everyone has their eyes peeled for Max Max: Furiosa —a prequel movie centering around Imperator Furiosa from 2015’s Academy Award-winning Max Max: Fury Road— and wondering if it can raise to the same heights as its predecessor, but as far as Anya Taylor-Joy is concerned, this will be a movie for the history books.

In a recent chat with IndieWire, the Queen’s Gambit star said that he’s “incredibly proud” of her accomplishments on Furiosa, but called it “the dirtiest and the bloodiest I have ever been, which is saying something, genuinely saying something.” Taylor-Joy likes to go hardcore, though, so in the end, it all worked out perfectly for her. “Any time I get to be dirty or bloody and not perfectly prim and pretty, I’m just having a ball, that’s where I feel most comfortable. So yeah, Furiosa was definitely right up my street.”

That’s all for now, but tune back in tomorrow at the same time for another round of sci-fi news.