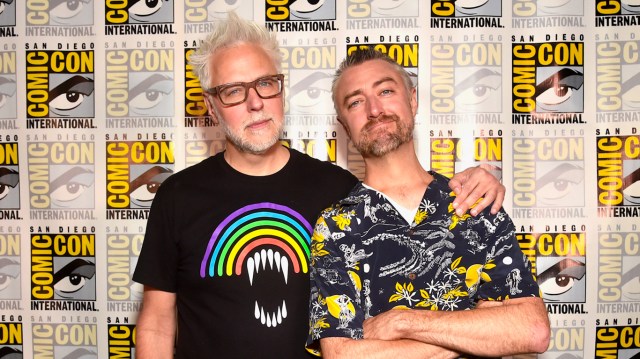 The Sandman has gone down as one of the best television shows in the past year, but there were certain parts of the internet that didn’t jump on the bandwagon because they thought the Netflix adaptation was too “woke”. Well, for those people, creator Neil Gaiman has some very interesting points and arguments, though he knows the show doesn’t need them.

Meanwhile, James Gunn has once again found himself on the unfortunate end of Marvel vs. DC tribalism for no more than posting a picture of his wife Jennifer Holland on Twitter. As we wonder if the man is too notorious for his own good, other parts of the sci-fi sphere give us some promising updates on some of the most anticipated upcoming projects.

Check out all of this and more in today’s sci-fi roundup.

Concluding a story is never an easy task, and concluding one of the most beloved television shows of the past decade, we reckon, should be infinitely worse. But that’s what the Stranger Things creators have to look forward to for the next couple of years. Of course, working on the story treatments alone is one thing, producing them another, and showing the final batch of episodes off to the world is something else entirely.

Fortunately, the Duffers seem pretty confident that they can pull this off and meet all the expectations. They said as much in a recent interview, explaining the objective as: “A balancing act between giving them time to complete their character arcs, and also tying up these loose ends and doing our final reveals.”

The Sandman would have been controversial one way or another, and there is no such thing as a perfect adaptation. (Okay, maybe there is, and it’s Peter Jackson’s The Lord of the Rings, but that’s beside the point.) What baffles Neil Gaiman, however, is the fact that most of the criticism seems to boil down to stuff like Constantine and Lucifer’s gender-swap, and Death being a person of color. The creator has the perfect response to that, and he shared it in a new chat with Inverse.

Video game adaptations have been reliably proven as a viper’s den in the past, but Hollywood isn’t willing to give up on that treasure trove despite repeatedly failing to mine it. One of the latest attempts at bringing a beloved video game franchise to life on the big screens involves Ken Levine’s BioShock, and director Francis Lawrence has assured fans that he knows what he’s doing by talking about some of the franchise’s most important selling points.

“There’s real ideas and philosophies underneath the game property, and it’s really, really, really thought out,” he told Collider. “A lot of games may have a great world of some kind, or they may have a great lead character, or they may tee you up for great set-pieces, but they don’t really have the ideas, they don’t have the kind of weight and the gravitas that BioShock does.”

James Gunn is one of the most prolific filmmakers in the superhero game. Having developed two acclaimed titles in the form of Guardians of the Galaxy and Guardians of the Galaxy Vol. 2, the man then turned his attention to the DCEU and developed multiple successful projects, including The Suicide Squad and Peacemaker. Now, he has been named as the chief executive overlooking the rival’s cinematic universe, whilst still retaining his close ties with Kevin Feige and Marvel through the next two Guardians movies.

One might think that the man is almost burned out, creatively speaking, but Gunn is showing no apparent sign of stress, even in instances fans from both sides of the comic world go for each other’s throats, which is whenever the man so much as breathes. When asked how he’s faring against all of that, though, Gunn simply said, “I’ll survive.” We don’t doubt it.