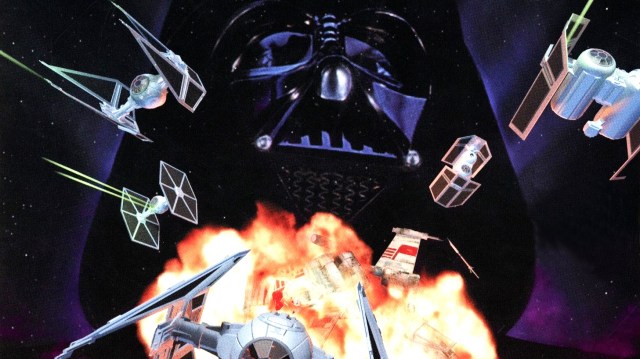 It looks like it’s going to be yet another busy day for Star Wars fans. Andor‘s tenth episode ‘”One Way Out” is here, and (as expected), is a white-knuckle prison escape that already has fans calling for Andy Serkis to get an Emmy nod and has some claiming Luthen’s monologue about his sacrifices is one of the greatest Star Wars scenes ever.

That barnstorming 45 minutes of TV aside, there’s a lot going on elsewhere in the franchise. The rumors that Deadpool 3‘s Shawn Levy will be making his way to a galaxy far, far away have been confirmed, Disney and Lucasfilm have slammed the brakes on a movie inspired by classic ’90s PC game TIE Fighter, and Dave Filoni has opened up on what he wanted to achieve with Tales of the Jedi. So, let’s get into it.

Shawn Levy confirms that the Star Wars rumors are true

Director Shawn Levy is a busy guy. He’s about to undertake the colossal task of bringing Deadpool and Hugh Jackman’s Wolverine to the MCU with Deadpool 3, and is busy working on the final season of Netflix’s hugely popular Stranger Things. But once all that’s in the can, it looks like he’s heading to Lucasfilm for his very own entry in the Star Wars filmography.

Deadline broke the story that Levy was “in talks” with Disney and Lucasfilm, with the director confirming the story on Twitter:

There are indications on what kind of Star Wars project Levy will work on, though with his busy schedule it’s unlikely to bear fruit until at least 2026. Even so, this is a curious bit of news as we’d recently heard that Disney is unhappy that Lucasfilm are announcing new movies before they’re confirmed to actually happen.

Big screen Star Wars has been in a difficult position of late, with Patty Jenkins’ Rogue Squadron indefinitely delayed, and Taika Waititi and Kevin Feige’s movies still in very early development. Beyond that Rian Johnson’s trilogy is still technically going ahead, though at this point it feels very unlikely that we’ll ever actually see it.

However, the production slate at Lucasfilm has lost at least one upcoming project…

1994 PC game TIE Fighter is still considered one of the greatest ever Star Wars video games nearly thirty years after its release. The game puts you in the shoes of an expendable Imperial starfighter pilot and offers a unique view of the Empire, with the game showing that your character sees them as peacekeepers in a chaotic galaxy rather than sadistic fascists. You take missions from Darth Vader, help prevent a coup against the Emperor, and even work for Admiral Thrawn.

So it’s a little depressing that development of Devotion director J.D. Dillard’s Star Wars movie has been officially terminated by Disney and Lucasfilm. Dillard confirmed the news in an interview with The Wrap, saying that it’s “unfortunately no longer a thing. It was not for lack of trying.”

When Dillard was pressed for what his movie might have been he went out of his way to reference TIE Fighter, saying:

“My dad being an aviator, we had a bunch of flight simulators. I’m playing [TIE Fighter] for months. And my dad’s flying it with me. And I’m like, ‘Man, this game is just so cool.’ And he’s like, ‘Well, you know, this game comes from a series of movies.’ And I was like, ‘You’re kidding me.’ That is where I watched ‘Star Wars’ for the first time and realized the full scope of what it meant to world build because I’d been playing this pseudo-16-bit game.”

We doubt whether Lucasfilm would put out a movie showing the original trilogy era from the perspective of the Empire and how they consider themselves heroes, but even so long after the game’s release it’s rare for a Star Wars story to approach such familiar territory from this angle. Oh, what might have been…

Tales of the Jedi didn’t disappoint when it dropped last month, with fans particularly enjoying the deep dive into Count Dooku’s backstory and how he became disillusioned with the Jedi Order and the Galactic Republic. But many remarked that while Dooku’s episodes were great, they sat uneasily alongside the Ahsoka Tano stories that appeared to simply fill in a few blank spots in her life story.

Now Dave Filoni has explained what he was trying to achieve. In an interview with Nerdist, he said he wanted to show both characters dealing with traumatic events but reacting in different ways:

“You don’t know when you’re necessarily going to have a bad day, but your choices are going to weigh heavily on the, ‘Did I do this more for myself, or was I looking out for the greater good?’ The greater good is very hard because it’s not about you. It’s very challenging to make choices that maybe you don’t immediately benefit from.”

Filoni also revealed his thought process when finding a character to contrast with Ahsoka:

He then went into detail on his wider thoughts on what it means to turn to the Dark Side:

“Once you start down the dark path, forever will it dominate your destiny is as simple as saying when you lie, it gets harder to tell the truth. You tell one lie, another lie, another lie… I’m always trying to take these things outside of the Star Wars universe and explain them in our universe because that’s where they’re meant to be really realized and explored.”

It’s an excellent interview and well worth reading in full, though when Filoni holds court about Star Wars, any fan should sit up and listen. With him now the biggest creative force in the franchise, we’re hoping Filoni gets some kind of promotion to let him guide the franchise as a whole. Star Wars could use a Kevin Feige-like figure right about now, and who better for the job than Dave Filoni?

We’ll doubtless have more reactions about the new Andor as the day goes on, hopefully including some interviews from cast and crew on their ambitions for the episode. We’d love to hear from Stellan Skarsgård or the show’s writers about that truly epic speech made by Luthen, as his words will be ringing in our ears all week.

In the meantime, we might just go back and watch “One Way Out” all over again.