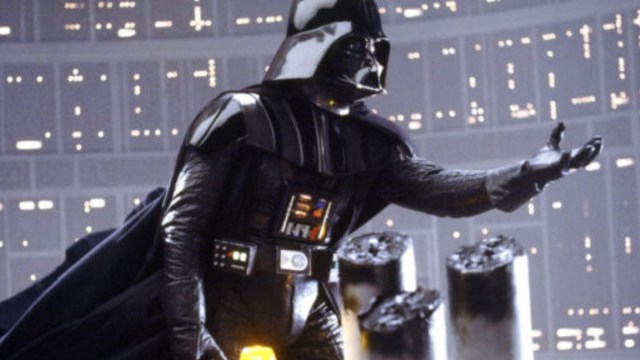 The past weekend has marked the end of an era for Star Wars, with James Earl Jones officially stepping down as the voice of Darth Vader after 45 years. Beyond that, fans have continued to heap praise onto Andor, which has instantly leaped into the upper tiers of Star Wars TV shows alongside The Mandalorian.

With the show’s fourth episode due on Wednesday, expect that to generate more discussion, particularly when it seems as though we’ll be meeting Genevieve Reilly’s Mon Mothma as she begins to assemble the Rebel Alliance.

A Star Wars legend has officially gone into retirement

James Earl Jones’ booming voice is an iconic part of the Star Wars saga, with Darth Vader one of the reasons why A New Hope was such a hit back in 1977. But, at 91 years old, it’s understandable that Jones wants to take a step back from voiceover work and pass Darth Vader to the next generation.

Fortunately, it doesn’t sound like Vader’s voice will noticeably change. Jones has signed over the rights to his voice to Disney and Lucasfilm, allowing them to use the AI tool Respeecher to recreate his work as Vader. This had already been used in Obi-Wan Kenobi, though Jones had guided that artificial performance to make sure it sounded right. He must have been impressed with the process, as going forward his unmistakable tones will now be composed solely of previous recordings and Respeecher.

Whether anyone at Disney sees the irony in an AI taking over the voice of a character whose tragic downfall saw them become part machine is up for debate.

Does the Original Trilogy still hold up for younger viewers?

2022 marks the 45th anniversary of A New Hope‘s theatrical release, and one brave fan has asked whether the original trilogy still appeals to younger viewers. This may sound blasphemous to many fans, but it’s worth considering whether children will really enjoy films their grandparents enjoyed in theaters.

At least on r/StarWars, the consensus seems to be they very much are, with multiple posters reporting that they’d rewatched the movies with children and they’d had a blast. Perhaps the effects and haircuts are a little dated by 2022 standards, but you can’t beat a timeless story. Plus, even now almost all new Star Wars media either takes place during the original trilogy timeline, features legacy characters from it, or refers to its events – so they’re familiar with the movies even if they haven’t watched them yet.

Which Star Wars droid is the coolest?

And finally, fans are debating the age-old question of which Star Wars droid is the coolest. There are a ton of fun responses here from across the length and breadth of the franchise. We were delighted to see our favorite homicidal assassination droid HK-47 from Knights of the Old Republic as the top-voted reply, as even after all these years, the thought of his desire to violently dismember “meatbags” still puts a smile on our face.

Other prime candidates are the Alan Tudyk-voiced K-2SO from Rogue One, Star Wars Jedi: Fallen Order‘s BD-1, and Rebels Chopper. But, beyond all these very cool examples, is there really any droid out there that’s cooler than all-time sci-fi icon R2D2? Perhaps not, but with Andor‘s E2EMO stealing everyone’s hearts last week, there may yet be contenders for the crown.

More Andor episode four news may drop later today, and we’re still hopeful for updates on the Tales of the Jedi animated show that arrives in a exactly month’s time on October 26, so let’s hope Lucasfilm is feeling generous.