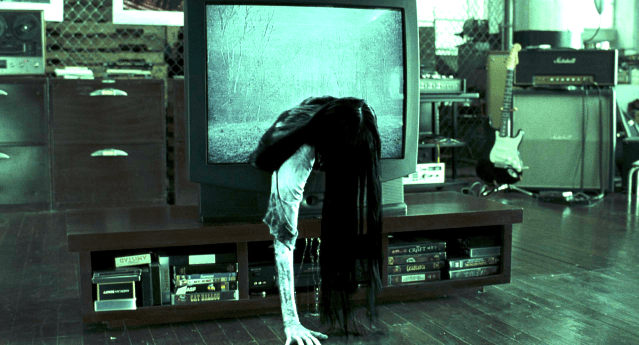 Horror movies certainly aren’t for everyone, but it’s a tried and tested cinema staple that has endured since the dawn of the medium. Of course, with fear can come trauma and a recent Reddit thread has opened up a conversation about the most horror scenes that have left them with a grisly moment forever etched in their memory.

Many of these revelations occurred during commenters’ childhoods, likely a result of innocently staying up watching TV just a little too late and with inopportune timing. And for a horror movie about a ghoul that literally crawls out of its victim’s television to butcher them, I’m sure there’s a good reason The Ring stuck around in adolescent minds.

Scream is always going to be a go-to slasher favorite, and even though the movie may have somewhat been nullified for some folks thanks to the parody efforts of Scary Movie, putting its opening scene in front of a pair of innocent eyes is definitely a recipe for some mental scarring.

The Texas Chain Saw Massacre is another slasher favorite, with one particular scene invoking trauma in a very different way than gore and shock value. Sally’s piercing screams are etched into the minds of many as she helplessly tries to bargain with the Sawyer family who mock her and infight at seemingly random intervals, creating a truly chaotic and terrifying spectacle.

Stanley Kubrick’s adaptation of the Stephen King novel The Shining is psychological horror at its finest, and there are few horror scenes that can mess with the psyche than the infamous bathtub scene. The honorable mentions of Candyman and A Clockwork Orange are also great shouts.

Last, but not least, one particular scene in The Exorcist is capable of scarring just about anyone, at any age should it take them by surprise. The less written about this one, the better – but shock horror doesn’t get much more shocking and vile than this.

The horror genre has seen somewhat of a renaissance in recent years, with many movies succeeding in terrifying audiences in their own unique and twisted ways. If you’re on the hunt for extremely weird horror films to check out, we’ve got a list right here.