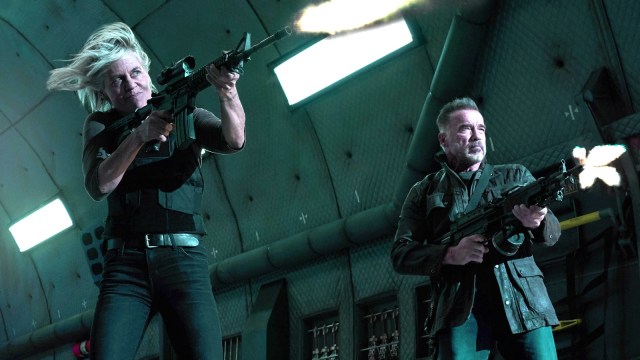 Unless something drastic changes, which he don’t have any reason to believe it will based on what we’ve seen over the last 30 years, no Terminator movie will ever come close to matching James Cameron’s classic original and sequel Judgement Day, both of which remain among the pinnacle of sci-fi action cinema.

That hasn’t stopped Hollywood from trying over and over and over again, though, with a further four sequels arriving between 2003 and 2019, which includes three failed reboots in the space of a decade that all confidently stepped up to the plate and promised that this would be the Terminator story fans always wanted to see, not to mention the beginning of an all-new trilogy.

Suffice to say, things didn’t exactly go to plan, but at least Jonathan Mostow’s Rise of the Machines wasn’t blatant sequel bait. In fact, it’s got one of the most striking endings you’re ever likely to see in an IP-driven blockbuster. Salvation, Genisys, and Dark Fate? Not so much.

With that in mind, Redditors have been getting down to the nitty gritty of the apocalyptic android saga in trying to determine which Terminator flick to have hit theaters since 1991 can be named as the best of the rest.

Unsurprisingly, The Sarah Connor Chronicles ends up making an instant impact in the conversation, even though it’s a feature film-orientated discussion. Salvation gets a large amount of love, which comes as a bit of a shock given its reputation, but Rise of the Machines appears to be emerging as the clear winner in this instance, at least compared to its underwhelming successors.