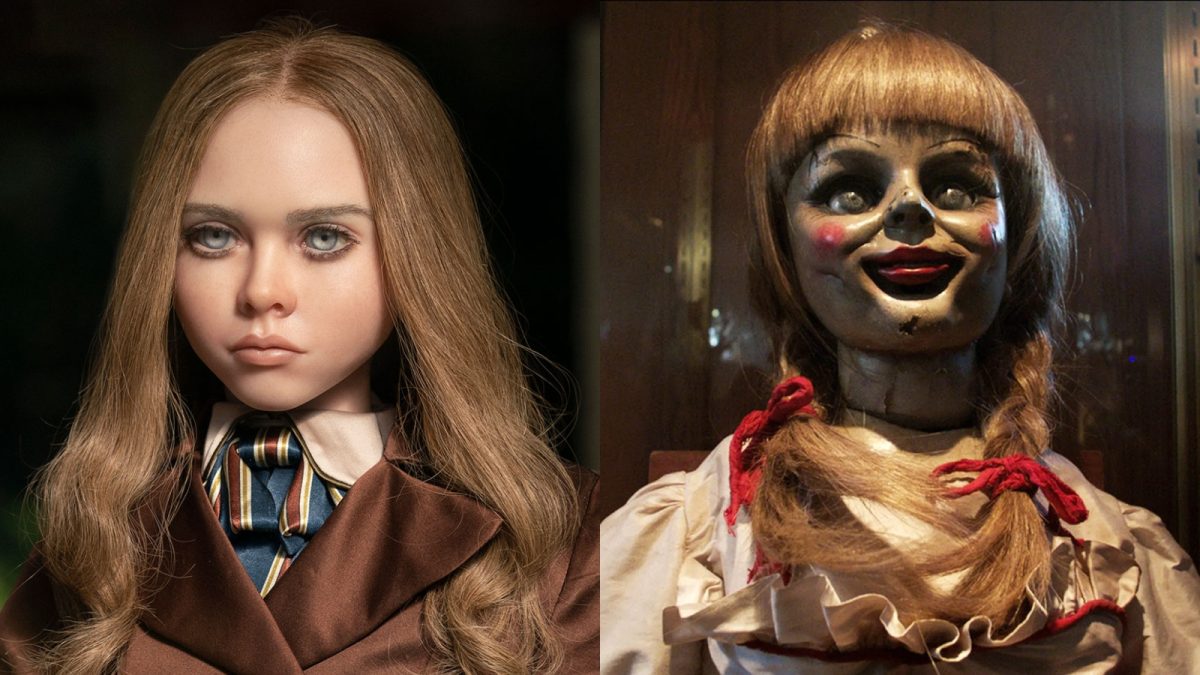 Images via Blumhouse and Warner Bros.

We’re just a few weeks away from the release of Blumhouse’s M3GAN, a killer doll story about a life-like android who befriends the niece of a brilliant roboticist and becomes far too overprotective of her new companion. It’s essentially Annabelle meets The Boy with a more fresh and modern spin. Directed by Gerard Johnstone and starring Allison Williams as Gemma, M3GAN’s creator, the horror is helmed by Jason Blum and the Blumhouse team, all of whom are responsible for the likes of Paranormal Activity, Insidious, The Purge, Split, Get Out, Happy Death Day, Halloween, Us, The Invisible Man, Freaky and The Black Phone.

Considering how closely related Annabelle and M3GAN are, the creators and star behind the upcoming movie decided to weigh in on the odds of M3GAN beating Annabelle in a fight. When we consider that Annabelle came first, possesses supernatural powers, and might be the most cursed doll in existence against the fact that M3GAN has the advantage of technology on her side, who would win? Well, let’s take a look at the responses from the production team behind M3GAN, including producer James Wan (Saw), director Gerard Johnstone (Housebound), actress Allison Williams (Get Out) and producer Jason Blum (Insidious, Halloween, etc):

JAMES WAN: “Listen, M3GAN is a whole new breed that we haven’t seen before. I wouldn’t put it past M3GAN to have great tricks up her sleeves, especially if we’re lucky enough to have future stories. Why can’t M3GAN have rocket launchers at her fingertips? That would be amazing. It would blow any doll off the planet.”

ALLISON WILLIAMS: “I wouldn’t ever bet against M3GAN. Ever, ever. I’ve got to go with my girl. She has the worldwide web in her being. She could win anything.”

GERARD JOHNSTONE: “Who would win in a fight between M3GAN and Annabelle? Well, I guess because Annabelle’s a demon, maybe she would win. Maybe we should make a movie and find out!”

JASON BLUM: “I thought you were going to say, “[who would win] between M3GAN and Chucky.” That’s tough, because Annabelle has magic powers, that’s a tough one. I don’t know about that. But if it was Chucky, M3GAN would win.”

It seems fairly split down the middle with Wan and Williams believing that M3GAN would win, while Johnstone and Blum think Annabelle has the upper hand. Granted, Annabelle is a demon, so there’s no telling the extent of her abilities, but M3GAN has (presumably) endless upgrades and some tricks up her sleeve that would be overpowering to an outdated doll like Annabelle.

Maybe in Freddy vs Jason style, we’ll get M3GAN vs Annabelle eventually. Who knows?