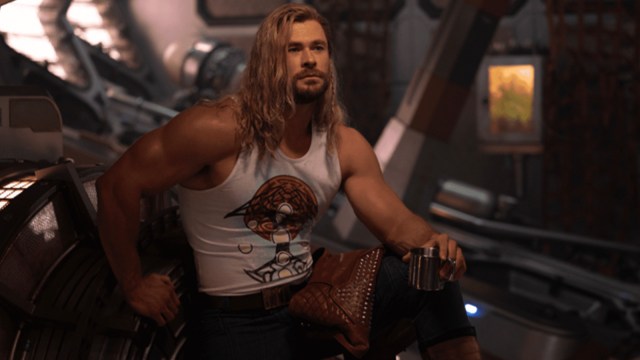 A fan on the Marvel Studios subreddit has posited an interesting theory: The post-Avengers Marvel Phase 4 films have thus far been a critical disappointment, with audiences showing their disappointment in Thor: Love & Thunder with a 68% dropoff in attendance in its second week, and so the way to make them better would be to make them even longer with more of what the audience doesn’t like about them:

In the world of art, there’s one saying that everyone agrees is true: “More is better.” Serious art historians agree that the Mona Lisa would truly be a masterpiece if it were ten times as big and included five dogs playing poker in the corner. So, too, is it agreed that Beethoven’s ‘Ninth Symphony” would be even more popular if it had included a breakdown for some autotuned singing and a fifteen-minute break for the bathroom.

A fellow redditor pushed back on this theory in the most popular response, pointing out that Marvel’s Eternals is forty minutes longer and considered worse than Thor 4, while The Guardians of the Galaxy is a shade over two hours and is considered one of the best of the Marvel films:

While this Marvel stan feels the problem with Love & Thunder was that it was too much fun:

As Kevin Feige and the Marvel Studios brain trust figures out how to steer the ship, one thing is for sure: The fans have spoken, and they demand quantity over quality every time.