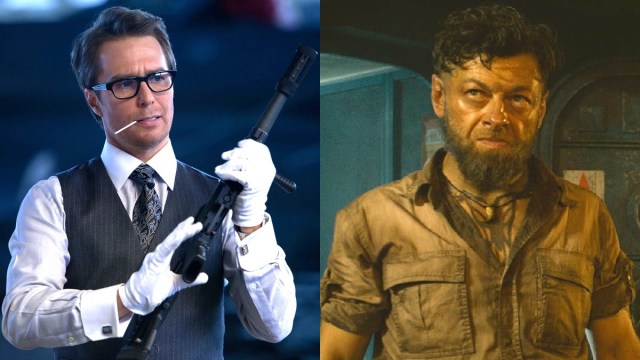 The Marvel Cinematic Universe‘s villain problem may largely be a thing of the past in the grand scheme of things, but besides the raft of uninteresting antagonists that dogged the early years of the franchise, we’ve also seen more than a few secondary baddies come within touching distance of stealing the entire movie from underneath the character that’s supposed to be the biggest threat.

Whether it’s a combination of an excellent performance, great writing, or a combination of the two, there’s been more than a few occasions when the big bad has been in serious danger of being overshadowed by either one of their minions, or someone who’s initially introduced as smaller fry for the superhero headlining the project.

With that in mind, Redditors have been pouring one out for the overlooked and undeniably awesome minor villains of the MCU, and it’s not a shock to discover that Sam Rockwell’s Justin Hammer is the one kicking off the conversation.

Guy Pearce’s Aldrich Killian continued the Iron Man saga’s insistence on evil mirror versions of Tony Stark acting as the most dangerous threat to Iron Man, but Rebecca Hall is a phenomenal actress who found herself shafted by the infamous Creative Committee’s insistence that her role be reduced because “women don’t sell toys”.

Andy Serkis positively devoured the scenery as Ulysses Klaue, Jeff Goldblum went full Goldblum as Thor: Ragnarok‘s Grandmaster before egregiously being cut out of Love and Thunder, while one of the most shocking things to have emerged from Phase Four so far is seeing the tide of opinion turn on Wyatt Russell’s John Walker.

Needless to say, there are plenty of suitably worthy candidates to choose from.