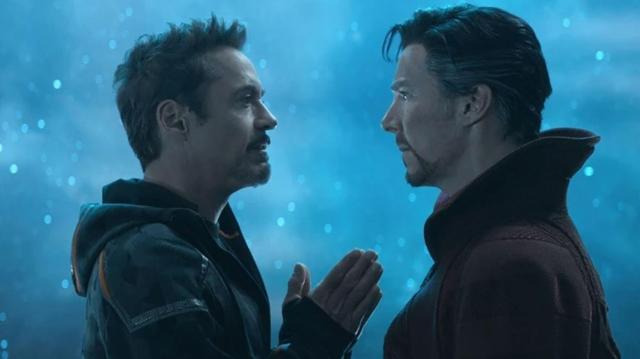 There are a lot of similarities between Robert Downey Jr.’s Tony Stark and Benedict Cumberbatch’s Doctor Strange, which extend well beyond their respective lengthy stints as part of the Marvel Cinematic Universe.

Both second-generation actors were born to industry veteran parents, before winning widespread plaudits and finding success for playing Sherlock Holmes, even if Guy Ritchie’s big budget anachronistic blockbusters couldn’t be more different to the smash hit BBC series that turned Cumberbatch into a household name overnight.

Then, they both made their feature-length MCU debuts by playing arrogant men at the top of their profession, each of whom suffered a life-changing accident that set them on the path to righteousness. However, neither Iron Man nor the Sorcerer Supreme lost their arrogant streak, even if they did end up rocking sweetly-styled goatees.

The back-and-forth between them in Avengers: Infinity War signaled just how similar they were (even if they didn’t want to admit it), and now fans are pitting the pair against each other to determine who can definitively be called the cockier of the two.

The majority of top-voted comments are plumping for Tony, and he wasn’t exactly shy of self-confidence, but we all saw what happened to Stephen Strange’s personal life as he continued to push everyone away. The genius billionaire playboy philanthropist always maintained his inner circle of Pepper Potts, Happy Hogan, and James Rhodes, but Strange was left alone – something Multiverse of Madness made clear was a circumstance of his own creation.