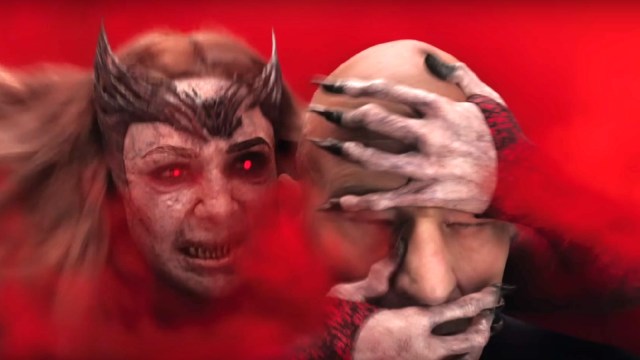 Until Deadpool 3 comes along, the Marvel Cinematic Universe will remain an exclusively PG-13 enterprise, even if the floodgates have been opened somewhat by the entirety of Netflix’s Defenders Saga, Ryan Reynolds’ first two outings as the Merc with a Mouth, and Logan being added to Disney Plus behind parental controls.

However, given the heightened reality the movies and TV shows take place in, not to mention the fantastical nature of the superhero business as a whole, Kevin Feige has given his filmmakers and visual effects wizards plenty of leeway to push the boundaries of PG-13 on occasion, typically when it comes to depicting a grisly or horrific death.

With that in mind, Redditors have been debating which demise is the hardest to watch, and although you may think the pickings are slim given the MCU’s family-friendly reputation, the results prove that it’s anything but.

Of course, the unfortunate dude who was turned into a pile of goo, wiped up with a tissue, and flushed down the sh*tter in Ant-Man pops up almost immediately, which is fair enough when that’s a hell of a way to go. Tony Leung’s Wenwu literally having the soul sucked out of him is another good shout, as is Doctor Strange in the Multiverse of Madness‘ defender of Kamar-Taj Sara crumbling into dust.

Captain America and Bucky Barnes have both used aviation techniques to turn enemies into nothing more than mush via propeller and jet engine respectively, but you could realistically name the Illuminati as a whole and make a solid case, especially when slow motion revealed that the Scarlet Witch didn’t just snap Charles Xavier’s neck, she tore his head clean off.