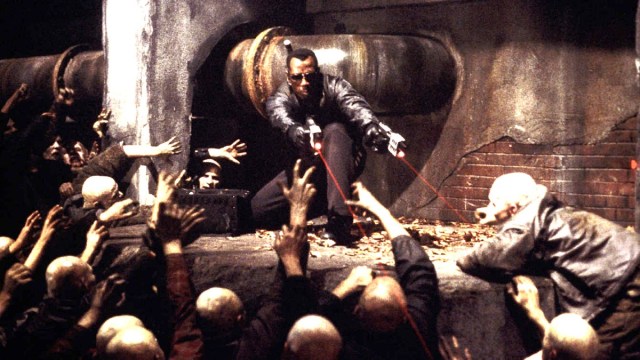 As a franchise that’s constantly in a state of unstoppable expansion, the Marvel Cinematic Universe continues to add new strings to its mythological bow, but that hasn’t prevented fans from wondering how the Blade reboot will fit seamlessly into the vast superhero tapestry woven together by Kevin Feige.

Thanks to the raft of announcements made at San Diego Comic-Con, we’ve got a somewhat clearer picture of how the MCU and its various in-canon offshoots are coming together. Daredevil: Born Again, Captain America: New World Order, and She-Hulk: Attorney at Law occupy the street-level side of things, while Guardians of the Galaxy Vol. 3, The Marvels, and Secret Invasion dabble in the cosmic.

Ant-Man and the Wasp: Quantumania and Loki season 2 tackle the multiversal, with Moon Knight introducing the mythological, all of which will culminate in Avengers: The Kang Dynasty and Secret Wars. However, that hasn’t prevented Redditors from pondering how supernatural beings, vampires, ghouls, and leather-clad Daywalkers fit into the bargain.

The more thoughtful replies point out that in a world of costumed crimefighters, aliens, robots, gods, and demons, vampires aren’t all that much of a stretch, which is a fair point. Not only that, but there’s almost half a century of Blade lore to draw upon for inspiration, and we can surely expect the introduction of fanged bloodsuckers to be more subtle and thought out than “Ta da! Vampires are real, here is the guy who kills them, and nobody knew about any of it until now”.

With Blade officially locked in for November of next year, hopefully it won’t be too long until the details are made available to the masses to clear up any skepticism.