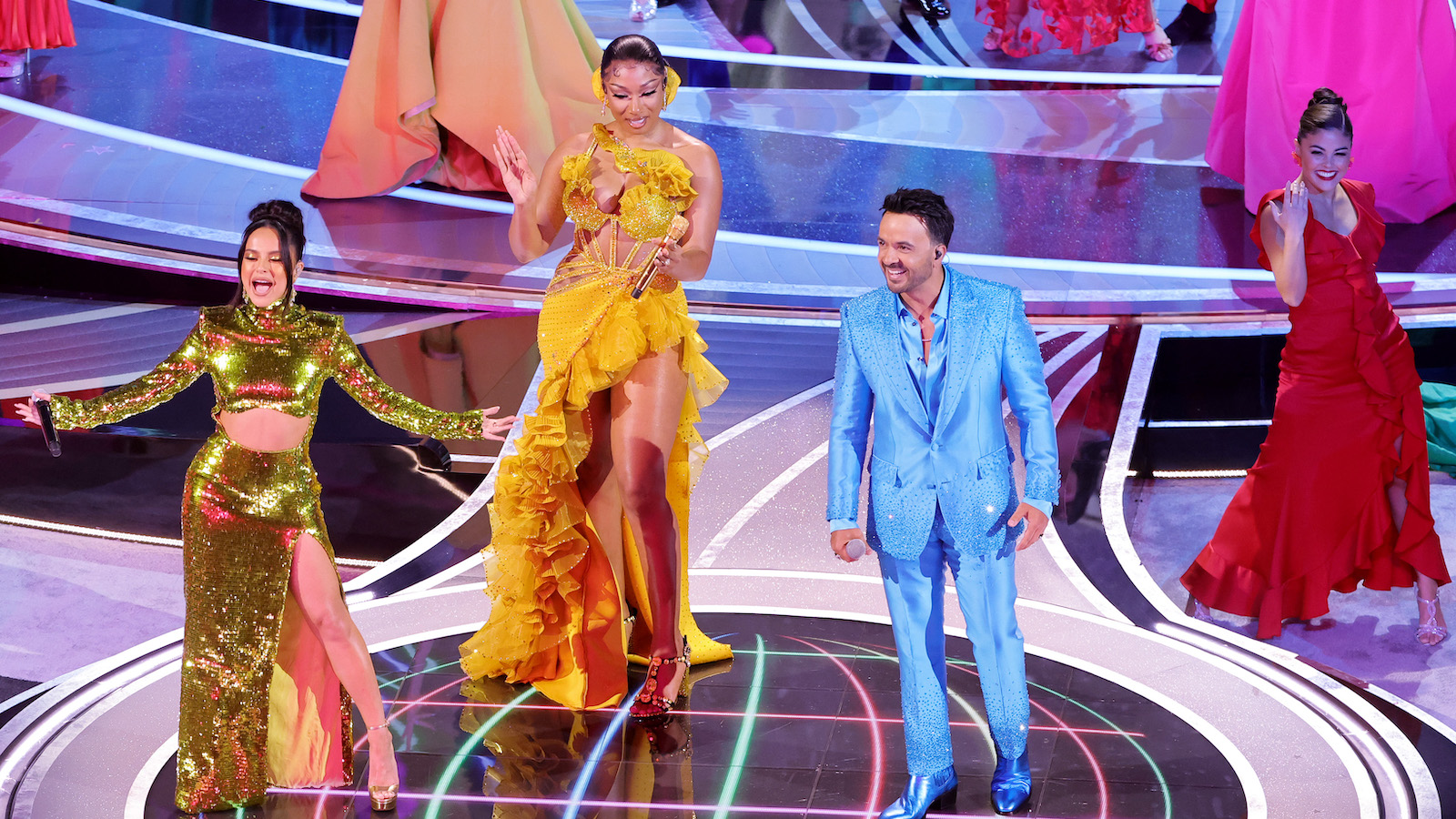 The Oscars’ music performances always include something special, but it’s not every day you see a collaboration between Disney and rap star Megan Thee Stallion.

During the awards show, the cast of Encanto, alongside Luis Fonsi and Becky G, performed their massive hit from the film ‘We Don’t Talk About Bruno’ and were joined by rap artist Megan Thee Stallion mid-song as she dropped a verse about the event.

In her verse, she rapped about the event, hosts, and influx of stars in the building, highlighting Dune star Zendaya and more as she progressed through the audience to the stage.

Despite the obvious genre clash Megan Thee Stallion’s versed seemed to be a welcomed addition to the Disney hit song. Outside of the feature verse, the song was performed as fans will remember it from the award-winning film.

The song “We Don’t Talk About Bruno” has been one of Disney’s biggest original music success stories. In January of this year, the song became just the second Disney song to reach the top spot on Billboard’s Hot 100. It maintained this spot for five weeks. Previously, the only other Disney song to soar that high on the charts was Aladdin’s “A Whole New World.”

Encanto was nominated for two awards at the 2022 Oscars. The film took home the victory for Best Animated Feature, but fell short for best original score to Denis Villeneuve’s Dune.