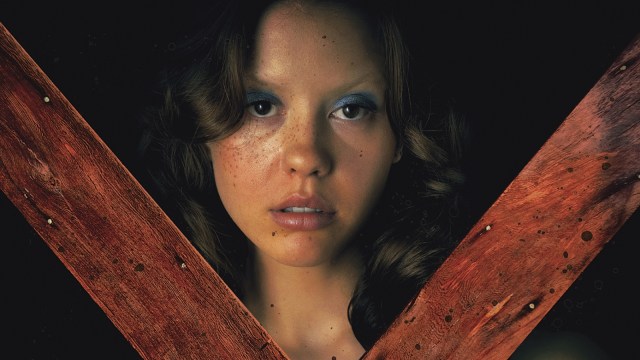 Thanks to her work along with Ti West in X and Pearl, Mia Goth has pretty quickly established herself as one of the queens of the horror genre. Every time she appears in a horror project, there’s a good chance the movie will be worth checking out, even if it’s only for her performance. Now that she’s proven herself to be a great and versatile horror actress, it’s time to look back at the five scariest roles she’s taken on over the course of her still relatively new career.

Goth took on dual roles in X, but in Pearl she’s the sole star of the show. The film is set decades before the events of X, and follows the killer of that film as she discovers a taste for murder and ultimately fails to escape the small farm where she’s lived her entire life. Goth is highly unnerving in the role, and the film is less terrifying than X but far more unnerving. Pearl is a horrifying antihero who you nevertheless understand on some deep level, even if you don’t necessarily have the same urge to kill.

Goth got to be both final girl and killer in Pearl, but as Maxine, she’s all grit and determination. Like Pearl, Maxine wants to be a star, and is using pornography as her entry point into the industry. By the end of the movie, though, she’s running over the elderly Pearl in a van, and it’s clear that she’s not just an innocent girl looking to be a movie star. Like Pearl before, Maxine is much more confident and driven than that, which only makes her more terrifying. When we ultimately discover that she’s the daughter of a fundamentalist preacher, all the pieces begin to fall into place.

Luca Guadagnino’s remake of the original Suspiria is dense with meaning and foreshadowing, and it was also an early chance for Goth to showcase her skills as a horror movie star. Goth is not the star of this particular project, but in her role as Sara, one of the chief friends to the main character at the dance school that is so central to the story, Goth gets plenty of chances to show off how terrified she’s capable of being. What makes Goth so versatile is that she can be a rattled, horrified hero or a terrifying villain, and while she’s mostly doing the former in Suspiria, she does it remarkably well.

One of Goth’s earliest movie roles is scariest for reasons that aren’t directly related to the horror genre. In Nymphomaniac, Lars Von Trier’s two-volume erotic art film, Goth plays P, an emotionally damaged young girl taken under the wing of an older character who teaches her the finer points of how to be a gifted lover. Goth is sensational in the role, even as she ultimately betrays her tutor and ultimately has sex in front of her beaten body. Nymphomaniac is not for the faint of heart, but it would ultimately signal the kind of work Goth would go on to do in the rest of her career.

A Cure for Wellness is not well remembered, but Mia Goth’s performance in it almost certainly should be. As Hannah, she plays a kind girl who has quite obviously gone through some sort of severe emotional trauma. The exact nature of that trauma is probably a spoiler, but suffice it to say that Goth can play childlike innocence better than almost anyone. In a career defined almost entirely by work in the horror genre, Hannah is a surprising standout, in part because it’s one of the first times that Goth got a role of such enormous significance.