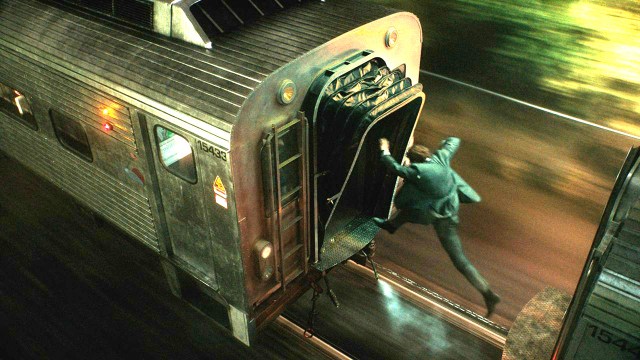 It can’t be overstated just how much better a glorified B-movie can become when it enlists an A-list cast to put on their best straight faces and treat the ludicrous material as if it was a genuine life-or-death situation, something anyone that’s seen The Commuter knows all too well.

As a Liam Neeson action thriller, you know exactly what you’re going to get from the leading man, and while his fourth collaboration with director Jaume Collet-Serra isn’t even their best movie together, the sheer silliness of it all turned out to be a damn sight more entertaining than it had any right to be thanks to the supporting ensemble.

Vera Farmiga, Patrick Wilson, Jonathan Banks, Sam Neill, Elizabeth McGovern, Kingsley Ben-Adir, Letitia Wright, and Florence Pugh are just a selection of the names to play parts ranging from tiny to full-blown supporting, and none of them treat The Commuter like the frivolous paycheck gig that it quite clearly is for almost all of them.

Neeson’s insurance salesman is tasked by a disembodied voice to find a high priority passenger before his train’s last stop, forcing him to try and uncover the conspiracy at play before everyone on board ends up dead. Almost half a decade on from earning $120 million at the box office in spite of middling reviews, and The Commuter has managed to get back on the Netflix charts before leaving the station.

As per FlixPatrol, the ridiculous flight of fancy has been rapidly rising up the ranks for the last several days, with Neeson’s name alone more than enough to entice subscribers into revisiting his back catalogue, matters that are definitely helped by the raft of recognizable stars to come along for the ride.