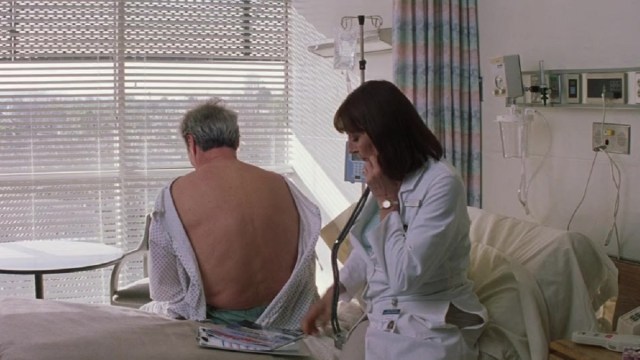 The serial killer thriller continues to endure in popularity, and because we’re such a morbid bunch, interest in murder sprees is arguably at an all-time high thanks to the myriad of movies, TV shows, podcasts, and documentaries covering such sordid massacres. As a result, even the completely mediocre likes of 2002’s Blood Work are capable of shuffling back under the bright lights of on-demand relevancy.

As per FlixPatrol, the by-the-numbers mystery has become one of the top-viewed titles on the Netflix global most-watched rankings, even if it’s essentially the dictionary definition of mid-tier Clint Eastwood. The iconic veteran pulled double duty to direct and star as he was wont to do at the peak of his prolific powers, but the end result was capable of inducing sleep among the less discerning of viewers.

Eastwood’s FBI profiler had dedicated himself to tracking down and apprehending the mysterious Code Killer, only for a heart attack to bench him indefinitely from active duty. However, once he begins to dig into the details surrounding his recent transplant, he discovers that his donor was a victim of the very criminal he was trying to catch, and they could be even more connected than that.

It’s a decent enough setup, but the execution was workmanlike and efficient, as tends to be the case with a lot of Eastwood’s output as a filmmaker. Blood Work flopped hard at the box office after coming nowhere near its $50 million budget, while reviews ranged from entirely forgettable to worth a watch if you’ve got nothing better to do and 110 minutes to kill. Clearly, Netflix subscribers have fallen firmly into the latter camp this week.