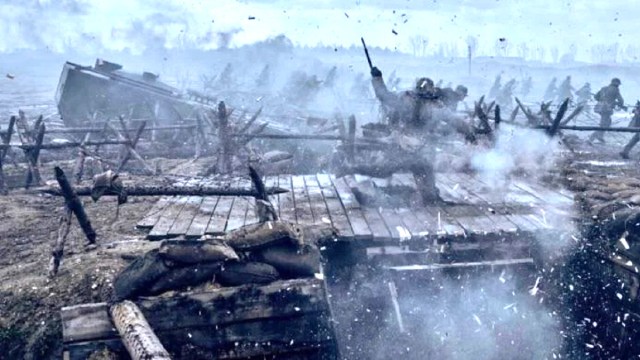 The spookiest day on the calendar may be right around the corner, but Netflix subscribers have been checking out an original movie that’s haunting for an entirely different set of reasons, with the latest version of All Quiet on the Western Front bombarding the platform’s most-watched rankings.

Per FlixPatrol, Edward Berger’s worthy successor to the classic 1930 adaptation of the novel of the same name has become a Top 10 smash hit in a colossal 89 countries around the world. It may not have been able to dislodge serial killer thriller The Good Nurse at the summit of the global charts, but it’s already managed to hit number one in 15 countries – so there’s a very high chance it’ll be peering down on the competition by this time tomorrow.

A Certified Fresh Rotten Tomatoes score of 94 percent coupled with a 92 percent user rating should tell you all that you need to know about the hard-hitting World War I story, and it’s a tale that keeps you fully immersed and completely engaged for every single one of its 147 minutes, which is admittedly not that lenghty at all when you consider some of the epics the war genre has sent into the battlefield over the decades.

Felix Kammerer’s Paul Bäumer is our way into the narrative, with the audience surrogate enlisting with his friends to serve their country when the war breaks out. However, there’s a huge difference between wanting to take part in the fight and the realities of boots on the ground conflict, something every principal character ultimately discovers to their detriment.

The focus may largely be on horror for the time being, but All Quiet on the Western Front demands to be seen.