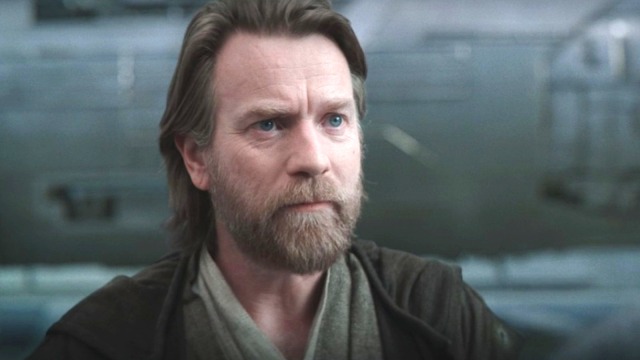 Although we first meet Obi-Wan in A New Hope only to see him brutally killed off, the character’s history has since been fleshed out pretty substantially. We’ve seen him fight in the Clone Wars alongside Anakin Skywalker in the prequels and The Clone Wars, and his appearances in Rebels and Obi-Wan Kenobi have helped fill in some of the details about his time on Tatooine before A New Hope. Although we now know quite a bit about old Ben Kenobi, it’s still not totally clear how old he was at each stage of his life. Here is how old the wizard was across his onscreen appearances.

When we’re first introduced to Ewan McGregor’s Obi-Wan, he is an older Padawan near the end of his Jedi training, Obi-Wan, who was born in 57 BBY, is 25 years old in this film, and it’s clear from the way that he’s depicted that his training is not yet complete. By the end of the film, we’ve seen Obi-Wan lose his mentor and closest friend, but we also know that he’s on his way to becoming the Jedi Master we meet in A New Hope.

Attack of the Clones: 35

Taking place 10 years after The Phantom Menace, Attack of the Clones features Obi-Wan after he’s become a Jedi Knight and taken Anakin on as his Padawan. Anakin’s training is not yet complete, but we also know that Obi-Wan’s isn’t quite yet either. He’s wise enough to guide Anakin away from the passion and hate that is consuming Anakin and toward a different path, but he’s still learning valuable lessons from the likes of Yoda and Mace Windu. He may be a Knight, but he’s not ready to become a Master just yet.

As it bridges the gap between Attack of the Clones and Revenge of the Sith, Obi-Wan is between 35 and 38 at various points in he Clone Wars. It’s during this period that Obi-Wan becomes a Master and is invited to join the Jedi Council. Anakin also becomes a Knight, although he still relies heavily on Obi-Wan for advice and guidance. The Clone Wars is crucial for understanding the friendship that forms between Anakin for Obi-Wan, which ultimately makes Anakin’s turn toward the dark side all the more heartbreaking.

The fall of the Jedi happens before Obi-Wan has even turned 40, but it totally upended the Jedi Master’s sense of who he was and how he fit into the world. His best friend, a man he believed was destined to save the galaxy from the Sith, had instead chosen to join them, and all Obi-Wan could do was try to take him out before he hurt anyone else. In the final moments of Revenge of the Sith, Obi-Wan creates the version of Darth Vader that we were all already familiar with. Even before then, though, Obi-Wan understands that he played an instrumental role in his friend’s downfall.

10 years after Revenge of the Sith, we pick up with Obi-Wan living a totally quiet life on Tatooine. Now in late middle age, we see that while he’s on Tatooine to watch over a young Luke, he has largely cut himself off from the Force. When he’s pulled into a plot designed to pull him out of hiding, we see Obi-Wan run into a young version of Leia and ultimately do battle once again with Darth Vader. That final fight, in which Obi-Wan realizes that he is not behind Anakin’s turn to the dark side, is liberating for him, and ultimately sets him on the path toward becoming Old Ben, the man we meet in A New Hope.

Set just five years before the events of A New Hope, we only get one major appearance from Obi-Wan in the entirety of Rebels, and it’s his rematch with Maul on Tatooine. Here, we see a version of Obi-Wan that is pretty close to the one portrayed by Alec Guinness in A New Hope. He’s a few years younger, but just as grey-haired and almost as sage. He dispatches with Maul quickly this time, but simultaneously assures his former nemesis that Luke is indeed the Chosen One. Maul seems comforted upon hearing this, but only because it means that someone may finally avenge him.

Ben’s death comes at the age of 57, and it’s one we know he walks into knowingly. He only gets a few key moments after first really meeting Luke to impart as much wisdom as possible, but Obi-Wan knows that his role in A New Hope is to send Luke on the path toward his ultimate victory against the Empire, and that Luke will have to travel much of that road alone. He faces off against Vader one last time, understanding that this time, he won’t come out of the encounter alive. He surrenders to his fate, and in so doing, becomes one with the Force.