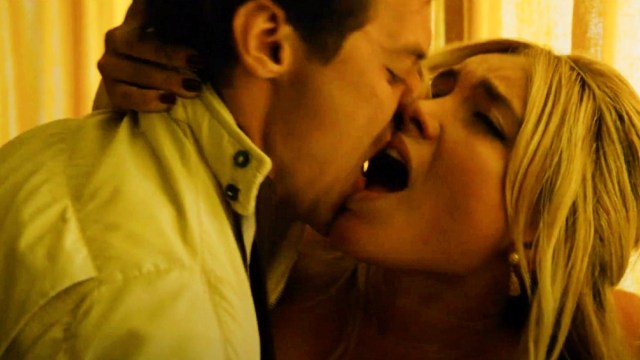 Just before the premiere of Don’t Worry Darling last week, director Olivia Wilde addressed the ongoing rumors of onset drama on The Late Show With Stephen Colbert and chalked it up to sexism. “I think what’s funny is that I don’t feel like my male directing colleagues are answering questions about their cast,” the 38-year-old told Colbert. “This is something we’ve come to expect. It is just very different standards that are created for women and men.”

OK, Wilde does and doesn’t have a point, here. However, one could also argue that Don’t Worry Darling had an extremely unique set of circumstances, and you’d have to think that Florence Pugh probably feels some kind of way about all of that.

But if Wilde wants her film to be judged on its merits, she’s also facing an uphill battle on that front, as reviews have been tepid at best. Now that the film is out in theaters, however, that fateful Variety interview (in which Wilde allegedly lied about having fired Shia LaBeouf) is being dredged up again over her comments about the film putting a spotlight on “female pleasure.”

“Men don’t come in this film,” she famously declared. “Only women here!”

“Female pleasure, the best versions of it that you see nowadays, are in queer films,” Wilde says. “Why are we more comfortable with female pleasure when it’s two women on film? In hetero sex scenes in film, the focus on men as the recipients of pleasure is almost ubiquitous.”

But Wilde’s championing for the female orgasm falls just a bit flat now that we know the twist reveal at the end of the movie, which sees Pugh’s housewife Alice Chambers trapped in a simulation by her decidedly less charming, pimply American husband, also played by Harry Styles. In an apparent effort to solve their relationship problems, the borderline incel present-day Jack Chambers wants to give Alice the perfect life — but robs her of consent and autonomy in doing so.

So in other words, any “female pleasure” going on in Don’t Worry Darling is basically tantamount to rape, which is just a bizarre flex when Wilde could have just said nothing.

And now, as people are starting to see the movie (or just read about the twist on Wikipedia), they are starting to put two and two together and ask why on earth Wilde would volunteer that conclusion in light of what actually happens in the film.

“I’ll never ever ever stop talking about the fact that Olivia Wilde continually promoted her movie about a woman forced into a simulated reality and manifestly unable to consent to sex as a movie about ‘female pleasure’ and ‘the female orgasm’ never ever,” quipped one Twitter user.

Shockingly, that was just one of many tweets pointing out the obvious.

Writer and producer Sam Laskey fittingly chalked it up to “levels of cognitive dissonance never before measured.”

But those aren’t even the only criticisms that Wilde has faced since the film has come out. On Sunday, actress Kiki Layne sounded off on Instagram that most of her and her partner Ari’el Stachel’s scenes had been cut from the film — triggering online outrage that Wilde diminished the roles of actors of color. Just when you thought Don’t Worry Darling couldn’t be more of a mess, it’s the gift that keeps on giving!