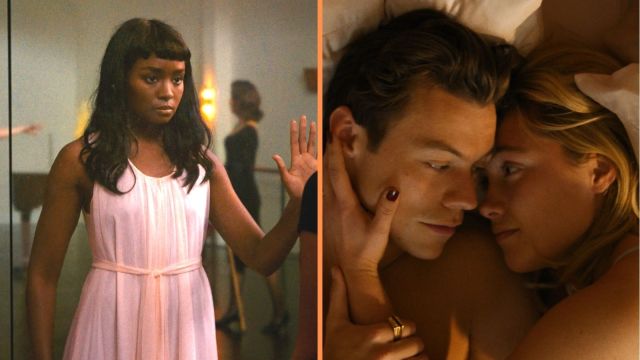 In case you thought the Don’t Worry Darling drama wasn’t enough already, a new bit of madness has been added into the mix after all of KiKi Layne’s scenes were cut from the film.

Spitting, shouting matches, and very public feuds have made up the majority of the press for Olivia Wilde’s latest film and it’s only going further south. Despite being featured in promotional material for Don’t Worry Darling and being singled out by the director for an immaculate performance, Layne’s scenes have been resigned to the cutting room floor.

Layne is definitely far from pleased with the whole scenario, with her sharing a post on Instagram what is essentially a thinly veiled barb towards Wilde. It’s rare to see an actor have their entire role cut while still on the poster for a film, and has left many wondering what on Earth happened behind the scenes.

Criticism is being levelled at Wilde for how she seems to have cut two women of color’s roles in the film and increased her own screen-time. Eternals star Gemma Chan is also believed to have seen cuts to their character’s presence on screen, despite also being featured heavily in marketing.

Layne’s career to date has been stacked with critically acclaimed films, and many plaudits for her performances. After a breakout role in If Beale Street Could Talk, she’s starred in Coming 2 America, The Old Guard, Chip ‘n’ Dale: Rescue Rangers. With Don’t Worry Darling being bashed by critics, perhaps it’s not a bad thing she’ll no longer be associated with it.

The 30 year-old actress was absent from the film’s Venice International Film Festival debut earlier in September, which was first hint something wasn’t quite right.

As her Instagram post points out, the best part of her experience with the film is meeting her partner Ari’el Stachel. Perhaps the biggest positive of the entire Don’t Worry Darling fiasco is it’s also proven Harry Styles is not an A-list actor, either, and seen at least two couples come out of it.

Don’t Worry Darling is currently in cinemas, with it grossing $30 million so far in its cinematic run as it looks destined to become one of the most fascinating behind-the-scenes disasters in cinema history.