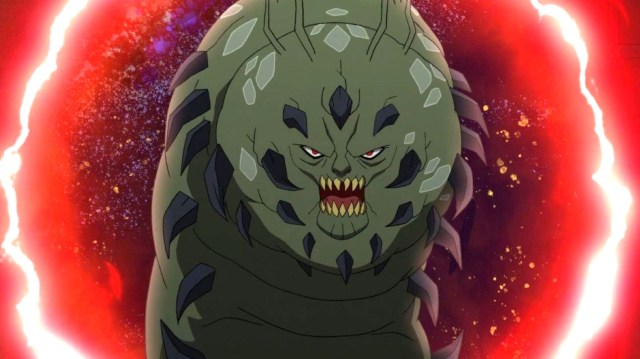 DC’s occult side is skyrocketing in popularity right now. Netflix’s smash-hit The Sandman may have shed most of the comic book’s explicit connections to the DC universe, but they’re still there if you know where to look. Meanwhile, Warner Bros. is still pressing ahead with their Justice League Dark plans for HBO. Both those projects feature an extremely popular character that audiences can’t get enough of: the broody and cynical occult detective John Constantine.

This hunger for all things Hellblazer is likely why the May 2022 release Constantine: The House of Mystery is steadily making its way up the HBO charts. The animated adventure is currently the third most watched movie on the service, triumphing over high-profile competitors like Focus, Dune, and King Richard.

Set in the wake of Justice League Dark: Apokalips War, The House of Mystery sees Constantine imprisoned in the titular house for rewriting time to prevent the nightmarish war from ever happening. His punishment is a series of adventures alongside what appear to be his friends, but are actually demons sent to ensure he dies horribly over and over again. Can Constantine figure out a loophole in this diabolical situation and escape his torment?

The animated Constantine is voiced by Matt Ryan, who played the character in live-action in Constantine and various Arrowverse shows. Fans had been calling for Ryan to reprise the role in other projects, but most agreed that Jenna Coleman’s gender-swapped Johanna Constantine was a fine replacement in The Sandman.

Beyond that, there’s another Constantine show in development for HBO Max as part of the Justice League Dark project that’s rumored to feature a black British actor in the role.

Constantine: The House of Mystery is available to stream on HBO Max.