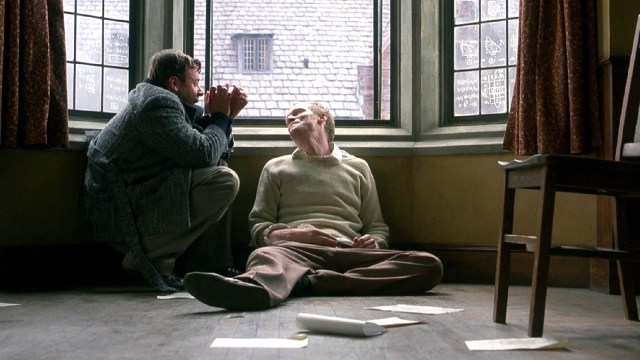 It sounds insane to call a movie that holds a Certified Fresh Rotten Tomatoes score of 74 percent and a user rating of 93 percent “unpopular”, but that’s exactly how history has taken to remembering Ron Howard’s A Beautiful Mind in certain online circles.

We haven’t even mentioned the fact that the biographical drama earned $316 million from the global box office on a budget of under $60 million, or that it waltzed away from the Academy Awards with four wins from eight nominations, including the top prize of Best Picture, along with Best Director for Howard, Best Supporting Actress for Jennifer Connelly, and Akiva Goldsman’s Best Adapted Screenplay victory.

And yet, even the quickest of Google searches for “worst Best Picture winners” will see A Beautiful Mind emerge as an integral part of the conversation alongside the likes of Mel Gibson’s Braveheart, Paul Haggis’ Crash, Rob Marshall’s Chicago and another few candidates that always tend to dwell at the head of the pack.

A Beautiful Mind is far from an affront to the good name of cinema, but it is the sort of precision-engineered awards bait that generates a raised eyebrow from the more cynical of audiences. It’s well-shot, well-written, and superbly acted, but that doesn’t mean people aren’t allowed to question why it beat Gosford Park, In the Bedroom, Moulin Rouge!, and The Lord of the Rings: The Fellowship of the Ring to the industry’s most prestigious prize.

Either way, the tale of mathematical prodigy John Nash’s rise and fall has been gaining newfound appreciation on streaming this week, with FlixPatrol revealing that iTunes subscribers have been making up their own minds on whether or not A Beautiful Mind deserves the hate.