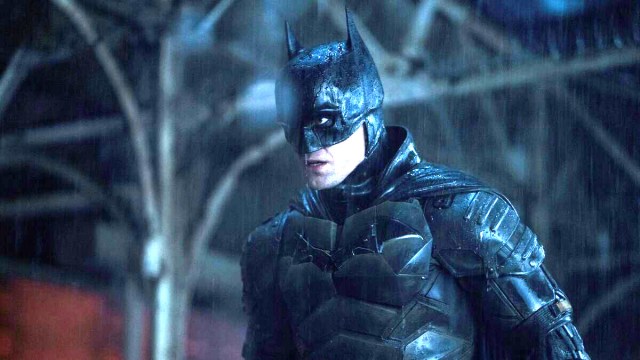 As you may have noticed, this weekend brings the release of The Batman at long last, and there’s absolutely no other outcome than Matt Reeves’ comic book reboot becoming the first monster-sized box office success story of the year.

However, projections have dropped significantly since the earliest tracking, but that doesn’t mean Robert Pattinson’s debut under the cape and cowl isn’t going to make a ton of money.

Less than a month ago, The Batman was projected to open somewhere in the $135-185 million range, and the higher end of those estimates would see it top the $160 million of The Dark Knight Rises and Batman v Superman: Dawn of Justice‘s $166 million bow to score the highest-grossing opening weekend ever for a Batman movie.

Just three days out from the gritty Gotham City story landing on the big screen, those numbers have been revised drastically downards to between $100-125 million. While that’s still good enough to see The Batman become just the second triple-figure opener of the pandemic after Spider-Man: No Way Home, it’s still a hefty drop.

At the end of the day, though, there’s very little in the way of direct competition coming to multiplexes between The Batman and Doctor Strange in the Multiverse of Madness, so the Caped Crusader will have more than enough gas in the tank to rule the roost for at least a couple of weeks.