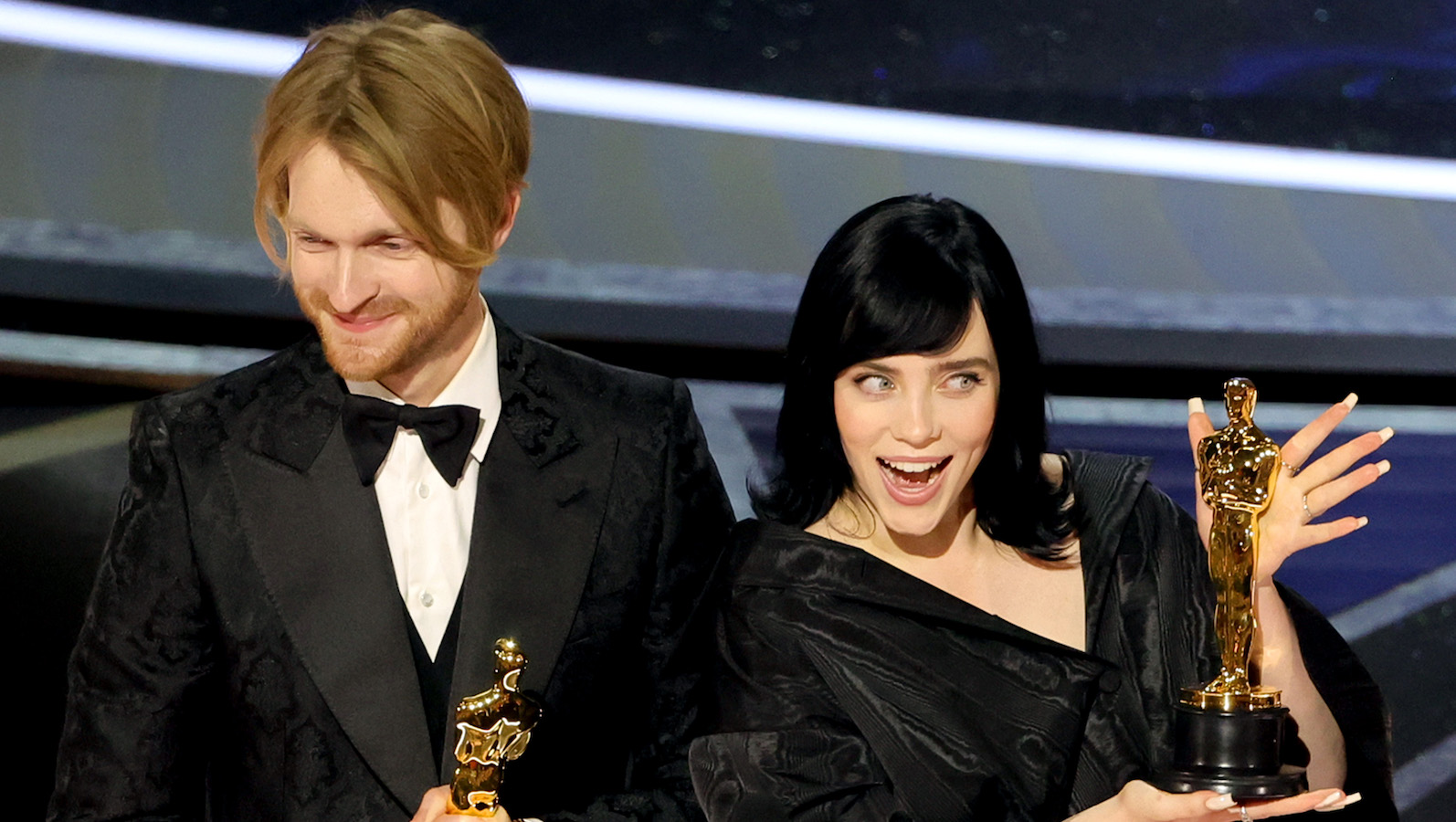 HOLLYWOOD, CALIFORNIA - MARCH 27: (L-R) FINNEAS and Billie Eilish accept the Music (Original Song) award for ‘No Time to Die’ during the 94th Annual Academy Awards at Dolby Theatre on March 27, 2022 in Hollywood, California.

The choices for the Original Song for the 2022 Academy Awards were all impactful, catchy enough to get stuck in your head, and at times emotional enough to bring you to tears. Past winners include “Remember Me” from the Disney film Coco, “Shallow” from A Star is Born, “Lose Yourself” from 8 Mile, and Tarzan‘s tear-jerker, “You’ll Be in My Heart.”

This year’s winner for Best Original Song went to Billie Eilish and her brother/producer FINNEAS for “No Time To Die” — the theme song for the action-packed James Bond film finishing out Daniel Crag’s role as the spy.

“Oh my gosh, this is so unbelievable, I could scream,” said Eilish, who rarely loses when nominated for awards.

Each nominee showcased the story being told in some of the biggest films of the year. From an animated movie about family and the power within to a film about the struggle of addiction and loving someone who suffers from the disease and a true story of a father dedicated to his children — the films brought people together.

Have a listen to the nominees:

“Be Alive”  Beyoncé for King Richard

“Down to Joy” Van Morrison for Belfast

“Somehow You Do” Reba McEntire for Four Good Days

Of course, with a film as powerful as No Time To Die, the winning song going to Billie Eilish and FINNEAS makes sense. “No Time To Die” is as beautiful as it is heart-wrenching, and it’s the kind of song that transcends.