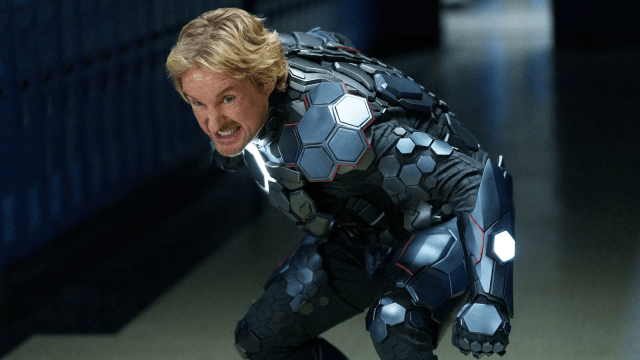 Owen Wilson shines in Paramount Plus’ new action comedy, Secret Headquarters, and the project draws in a record-breaking number of viewers.

The family-fun movie broke the record for an original movie’s viewers during the first week on the streaming platform. Deadline shared a quote from Domenic DiMeglio, Paramount Streaming’s chief marketing officer and executive vice president, who spoke of his excitement for the project’s success.

“Secret Headquarters has rocketed to superhero status on Paramount+ as a must-watch summer family film, breaking the viewership record for an original movie in the first week of release. We’re thrilled audiences have fallen in love with this fun, action-packed adventure.”

The synopsis for Secret Headquarters promises fun for viewers of all ages and reads as follows:

“While hanging out after school, Charlie and his friends discover the headquarters of the world’s most powerful superhero hidden beneath his home. When villains attack, they must team up to defend the headquarters and save the world.”

Alongside Wilson, the cast of talented actors and a few faces you might remember from other streaming successes. The Adam Project’s Walker Scobell and The Babysitter’s Club’s Momona Tamadashine alongside Jesse Williams, Keith L. Williams, Michael Peña, Jessie Mueller, Abby James Witherspoon, and Kezii Curtis.

The superheroic film certainly packs a powerful punch, but it also sends a nod to friendship, familial bonds, and the importance of making the right choice at the end of the day. There’s also an adorable school dance moment; they are kids, after all!

Secret Headquarters is now streaming on Paramount Plus, and you won’t want to miss it.