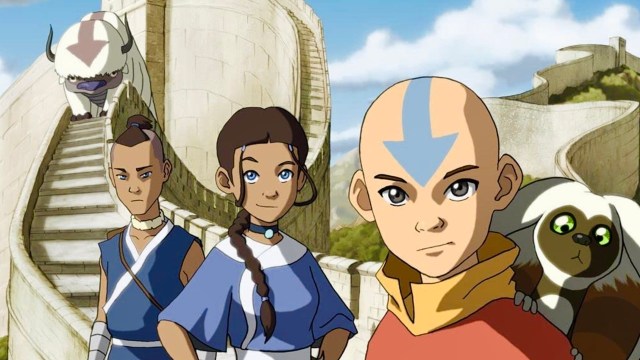 It’s been a long time coming for the animated movie versions of Avatar: The Last Airbender and SpongeBob SquarePants. Now according to Paramount, we have an official release date in sight, but it’ll be a little while longer before you get to enjoy them.

The earlier of the two releases, SpongeBob SquarePants, will premiere in theaters on May 23, 2025, and is to be produced by Paramount Animation and Nickelodeon Animation, according to Variety. The movie’s official title has not been revealed yet. It will be the first SpongeBob movie since 2020’s Sponge on the Run starring original voice actors Tom Kenny and Bill Fagerbakke as SpongeBob and Patrick, as well as Rodger Bumpass as Squidward, Clancy Brown as Mr. Krabs, and Mr. Lawrence as Plankton, among others.

A confirmed cast list for the 2025 SpongeBob SquarePants movie has yet to be announced.

As for Avatar: The Last Airbender, the movie will premiere on Oct. 10, 2025, and be produced by Paramount Animation, Nickelodeon Animation, and Avatar Studios. It will be the first big-screen adaptation of Avatar since Avatar Studios was formed in 2021; a content division whose mission is to expand the world of Avatar: The Last Airbender and its sequel The Legend of Korra through movies and TV series beyond the original Nickelodeon series.

The original Avatar premiered on Nickelodeon in 2005 and ran for three years, concluding in 2008. During that time it collected a giant fanbase who have since remained very loyal to the series. The show followed the adventures of the Avatar Aang, a mystical being capable of harnessing the powers of the four elements: water, fire, earth, and air.

The 2025 animated Avatar: The Last Airbender is not to be confused with the live-action adaptation that is on its way to Netflix. That adaptation, while without an official release date, has been given an official cast list that is more than impressive, but unfortunately lacks the series’ original creators, Michael DiMartino and Bryan Konietzko who stepped down from the project in 2020.

DiMartino and Konietzko have instead turned their attention to Avatar Studios, and fans will be happy to know that not just one animated Avatar: The Last Airbender will be coming to the big screen, but three. Details on the two subsequent films have not been provided yet.

Let us pray both films are good, or at least, better than The Last Airbender.