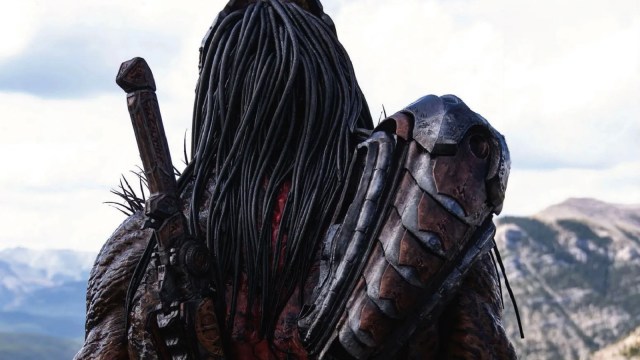 You may have read that headline and felt somewhat confused, given that everything we’ve seen and heard surrounding Dan Trachtenberg’s upcoming Prey would indicate the complete opposite.

It’s the latest fresh start for a franchise that’s never been able to either define or find enough success to settle on a consistent tone, which sounds an awful lot like a reboot. It’s also a period piece set long before John McTiernan’s classic original that focuses on the exact same race of extraterrestrial trophy hunters, which screams prequel. It also marks the first time the Predators came to visit our planet in search of new beings to track down and kill, so it gives off definite origin story vibes.

However, while speaking to SFX Magazine, the 10 Cloverfield Lane director was at great pains to explain that Prey is actually none of the above.

“I want to specifically say this, because I think there’s been some confusion how people have understood: in my mind, this is not a prequel movie, this isn’t, ‘Let’s tell the origin of the Predator.’ This is really something that’s set prior to the original Predator movie. And the Predator creature in this one, this is its first time traveling to Earth.”

Some people may be inclined to call a spade a spade and determine that a Predator movie designed to reinvent the franchise that unfolds hundreds of years in the past while explaining why the alien interlopers kept returning to our planet is in fact a reboot, prequel, and origin story all at once, but we’ll have to reserve judgement until Prey comes to Hulu on August 5.