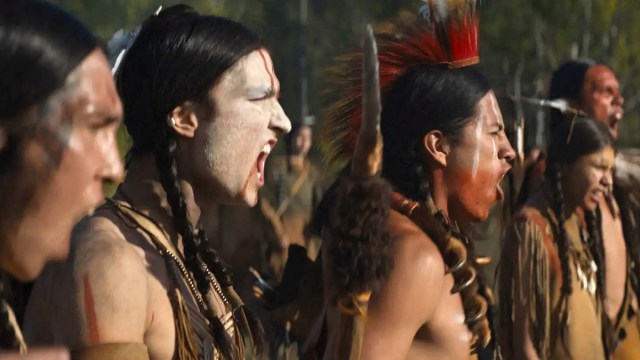 Prey is set to launch the Predator franchise into a new era later this summer. Well, new for us audiences, anyway; this in-universe Prey era is as old as the franchise has gotten thus far, set almost 270 years before the events of 1987’s Predator. And with a never-before-seen era comes a whole new slew of ways to catch us off guard.

We previously reported that the iconic extraterrestrial hunter would have a few new goodies to play with this time around, so we’re already expecting a few out-of-left-field antics from this latest installment, but director Dan Trachtenberg has all but confirmed them.

In an interview with Entertainment Weekly, Trachtenberg expressed his enthusiasm for taking the Predator franchise in a brand-new direction, owing much of his freedom to the film’s setting and time period.

Since we were going 300 years in the past, I felt like there was a little bit of license to change it up a little bit. What was so special about the original 1987 movie was you were surprised by [the Predator] every step of the way. It was surprising to see it in its cloaked form. It was surprising to see it when it was decloaked and in its bio-mask, and yet again at the end of the film, there was still more surprises.

He would go on to note that his goal was to create an entry that could even throw the most dedicated Predator faithful for a loop.

And I really wanted to even have diehard fans of the franchise by watching this movie to be surprised. Frankly, there have been a lot of vestiges from that movie and in all the sequels that it has felt very ‘man-in-suit-y,'” he said. “Very much like there’s a professional wrestler lumbering around. I wanted it to feel far scarier, way more alien-creature-like, ferocious and feral.

Prey releases on Hulu on Aug. 5.