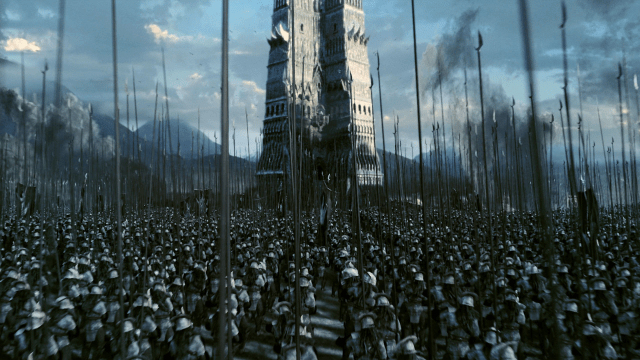 For what beauty can be found in the many pockets of our day-to-day lives, the simple fact of the matter is that most of our hours boil down to the mundane and messy. Thus, whenever we find ourselves in the presence of a good movie, whether it’s equipped with dream-like romance, excitement at every turn, or simply a dash of the fantastical, sometimes we can’t help but wish we could be a part of it all.

Of course, there’s the classic conundrum of eyeing a film’s fictional location benefits without weighing the dangers fairly (whoever dreamt about going to Hogwarts likely hadn’t given much thought to Dementors, ogres, and giant spiders). But it hasn’t stopped anyone before, and it’s not going to stop anyone now. Having been firmly bit by the wanderlust bug, a group of folks over at r/movies are declaring which movies they would love to live inside of.

One user immediately disregarded the aforementioned conundrum and pitched The Lord of the Rings as their dream movie home. They may have specified “happier times,” and even though the Shire seems as idyllic as they come, such a stipulation is something of a cheat; can’t have second breakfast without Smaug, those are just the rules.

There was a slew of anime films amongst the responses, but perhaps the most intriguing of the bunch was the live-action Speed Racer movie. Indeed, spectating races as goofy as these would make for a good time all around.

Another user came up with a respectable, albeit expected, answer in the form of Star Trek‘s utopia; give or take a Borg invasion that goes the way of the invaders.

But one responder rolled up with a galaxy-brain take that arguably changed the game for this age-old question.

We’re all guilty, however pleasurable it is, of fantasizing; who wouldn’t want to inject the excitement of one’s favorite movie into their life, even for just an hour or two? Surely even the most rigid of deniers would probably jump at the chance, and at the end of the day, perhaps such excitement would only boost the appreciation we once lacked for the quiet moments of real life.