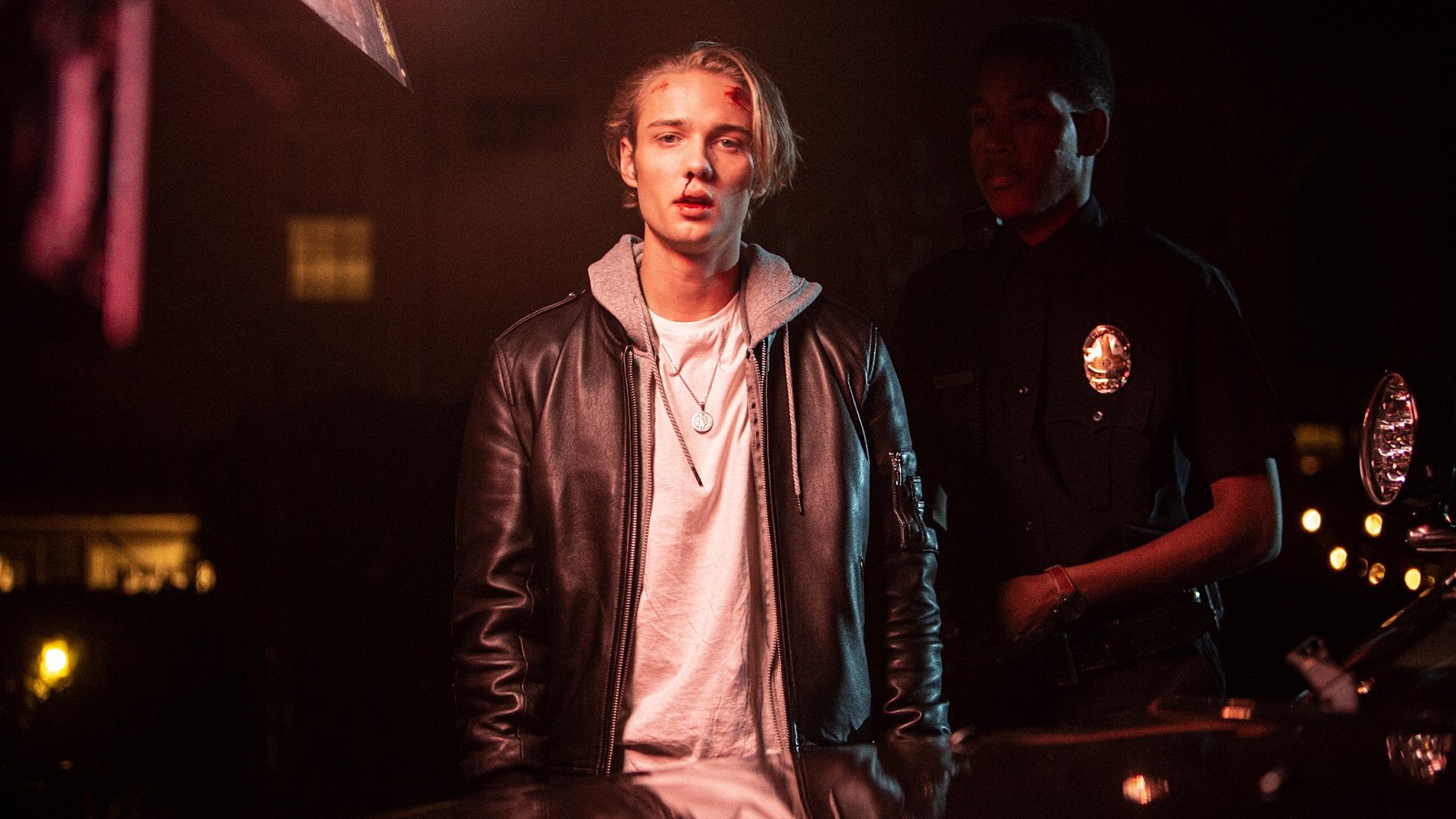 Image via Saban Films
Review of: Review: 'The Runner' is a teen drama with few redeeming qualities

This disappointing rite-of-passage teen angst hybrid is hard work. If not for the presence of Cameron Douglas and Edouard Philipponnat, 'The Runner' would be of little interest to anyone. Thankfully, they do their best to make this at least worth a look.

Filmmakers are a strange breed, and none more so than the people behind The Runner, a rite-of-passage police procedural, which tries on every genre for size, but never really settles into any of them.

Writer Jason Chase Tyrrell and director Michelle Danner clearly have a great concept here, which is frenetic and packed with potential, but nothing really fits together. Aiden (Edouard Philipponnat) is our central protagonist, who has a fraught relationship with his mother, who works hard but remains blind to her son and his behavior.

Aiden is peddling drugs around high school, perpetually high for much of the time, and is failing hard as a result. His best friend Blake (Nadji Jeter) spends most of his time hanging out with Aiden getting loaded, while they drift around never attending classes.

The Runner starts with Aiden getting busted by Detective Wall (Cameron Douglas), who coerces him into being a snitch, then promises to reduce his sentence if he brings down kingpin Local Legend (Eric Balfour). This pivotal plot point may hold things together, but beyond a committed performance from Philipponnat, The Runner never recovers from some disjointed structural choices, and visual tangents which lead nowhere.

What audiences should take away from this teen drug dealer drama is simple. Story is everything, and without it, your movie means nothing. If there are any saving graces here, they are to be found with Cameron Douglas (son of Michael), who brings an effortless charisma to the screen. There is something inherently cinematic about the Douglas clan as a whole , which suggests someone clone them for future generations.

His Detective Wall might be the bugbear from which Aiden can never hide, but he also represents an acting anchor amongst a sea of troubles. Everyone including him might be stereotypical, but Douglas is the only one beyond Philipponnat who really makes an impact amongst the disruption.

On top of the structural concerns, there is also an issue with pacing. For something called The Runner, things often drag. From drug-fueled house parties to indulgent arthouse dream sequences, there is a ponderous quality which rarely lets up; a factor that will leave audiences getting up to make tea, or grabbing a snack from the kitchen cupboard.

In truth, there is only so much people can tolerate of a spoiled teenager staggering around on substances. Despite the numerous dramatic obstacles which are thrown up to give depth to Aiden’s malaise, it is hard to empathize with someone who never seems to care. Burning holes in the upholstery of his Mercedes pickup is not the stuff of nightmares, while also having an endless amount of ready cash is unlikely to win anyone over.

The Runner feels like a very thin story stretched over a very large frame, as if padding it out was deemed necessary for plot purposes. In many regards, this film would have benefited from some prudent editing choices, which could have done away with any extraneous backstory, and made for a tighter narrative in the process.

Either that, or more should have been made of the relationship between mother and son, allowing Elisabeth Rohm more leeway for character development. To a large extent she feels superfluous and purely there to push the plot forward, which is not great from an audience perspective, who are after more than broad strokes to really get invested.

What is perhaps the most disappointing part of The Runner isn’t even onscreen, but intangible. There is simply so much potential within this story to make something great, that The Runner deserves an additional star purely for what might have been. All the groundwork and dysfunctional markers are in place, which would have made this the equivalent to a drug-fueled Ferris Bueller, but sadly that was never on the cards.

Instead, audiences are left with a substandard movie with identity issues, ones it has a really hard time getting over, and which directly impact on the remaining movie as a result. If The Runner has anything worth recommending, this reviewer would go back once more to the double act of Douglas and Philipponnat, who offer some sense of redemption amongst the cinematic carnage.

Review: 'The Runner' is a teen drama with few redeeming qualities

This disappointing rite-of-passage teen angst hybrid is hard work. If not for the presence of Cameron Douglas and Edouard Philipponnat, 'The Runner' would be of little interest to anyone. Thankfully, they do their best to make this at least worth a look.