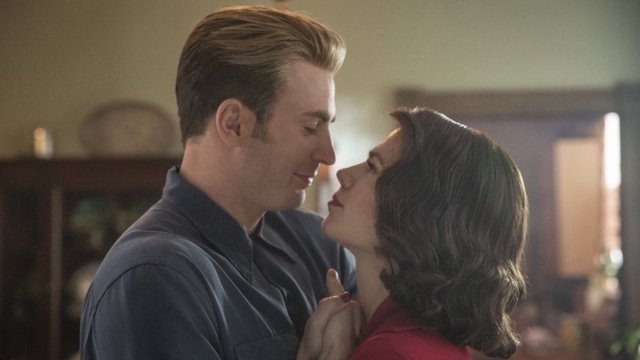 Warning: the following contains spoilers for Thor: Love and Thunder.

Thor: Love and Thunder was among the most overtly romantic movies in the history of the MCU, and it’s got us thinking about how much untapped relationship potential exists inside the Marvel realm. From relationships that have been hinted, to ones that are probably only possible elsewhere in the multiverse, these romantic pairings are the ones that get us most excited for what the MCU could have in store.

Thor: Love and Thunder confirmed that Valkyrie is currently without a partner, and it would be great to have a significant gay relationship inside the MCU. We don’t have a firm sense of Carol Danvers’ sexuality inside the MCU, but she might make a great partner for Valkyrie. The two have not crossed paths too much to date, but they seem to have energies that may be compatible. Plus, they’re both incredibly powerful, and it would be a thrill to watch them face off against a big bad together.

Bruce Banner has been largely loveless inside the MCU to date, with the exception of a hint at romance with Black Widow in Age of Ultron. There’s no reason he can’t find love, though, and Darcy Lewis may be just the person to sweep him off his feet. They’re both science whizzes, and Darcy’s recent return to the MCU suggests that Marvel may not be done with Kat Dennings just yet. There aren’t enough romantic pairings between a super and a normie in the MCU these days, so Bruce and Darcy could be a lovely addition.

Loki has already fallen in love with the female version of himself, but it’s not hard to imagine a relationship forming between two of the more arrogant heroes/antiheroes in the MCU. What’s more, while they come from different universes, Loki and Strange have fairly similar power sets, and we’re not actually sure who would win in a fight. That only makes the possibility of them getting together more compelling, and maybe same-sex relationship in a universe that has been woefully lacking in them.

Perhaps the oddest pairing that came out of Endgame was the decision to give part of the time heist plan to James Rhodes and Nebula, two relatively minor characters who managed to survive the snap. In their moments together, though, we see them forming a bond in part because of their shared robotic elements. It would certainly be unconventional if the two of them got together, but it seems like it might be time for both characters to break out of their respective universe siloes and interact with one another more freely.

Both Peter and Scott are firmly committed to their relationships on Earth 616, but it would be great to get a little Parks & Recreation reunion for Rudd and Pratt in an alternate dimension. As the two jokiest central characters in the Marvel pantheon, Scott and Peter make a natural pair. Peter may have proven instrumental in Thanos’s plan to destroy half of the life in the universe, but maybe other Peters have fewer fatal character flaws. Scott deserves to be with someone great, and that someone might just be Peter Quill.

Sam Wilson needs some romance in his life, and it seems like Maria Hill might be just the person to fill that role. Hill has been much more in the background in recent MCU installments, but Colby Smolders’ no-nonsense former SHIELD agent may be the ideal person to keep Sam on the straight and narrow. Both Sam and Maria have fought for the government, and they both have a better sense of humor than you may initially expect them to. They would be a nice match, and would create interesting dynamics throughout the MCU.

It must be acknowledged that this pairing is impossible for a wide variety of reasons on Earth 616, but as we’ve already seen, there’s a whole multiverse out there where things could have gone very differently. If Peggy can become Captain Britain, then her granddaughter can get a happy ending with Bucky Barnes. That pairing would certainly have had a very different energy, but we know that deep down underneath all of his angst there’s a sweet, kind heart that may make him the perfect partner for Sharon, who has a little bit of a sharper edge than Peggy.

Vision and Wanda have one of the most prominent love stories in the entire MCU, but there’s now a white Vision out there who doesn’t feel any deep affection toward Wanda. Thor is dealing with terrible loss following the events of Love and Thunder, so it may be the perfect time for the two ultra powerful characters to meet up. Vision is certainly less of a lunkhead than Thor, but the two may be able to bond over how much their lives have changed.

Following the ending of No Way Home, Peter Parker has decided to leave MJ out of his life, at least for now. That means that, moving forward, he may be looking for a new romantic partner as a kind of rebound from the love of his life. Given how smart he is, Shuri may be a great fit for Peter. She’s certainly smarter than him, but his sheer earnestness and her quick wit may make them a pair to be reckoned with. We haven’t seen them interact much thus far, but that could certainly change as the MCU evolves.

We really need to get Bruce Banner some love. It may seem morbid to consider the idea that Pepper should ever move on from Tony, but no one should be judged for finding new love after a great loss. Banner is a little bit sweeter than Tony was, but just as interested in saving the world and using science to do it. He may never fill the hole in Pepper’s heart left by Tony, but he shouldn’t need to. If they were to get together, it could be their own relationship. Plus, Bruce would probably be a pretty good step-dad to Morgan.