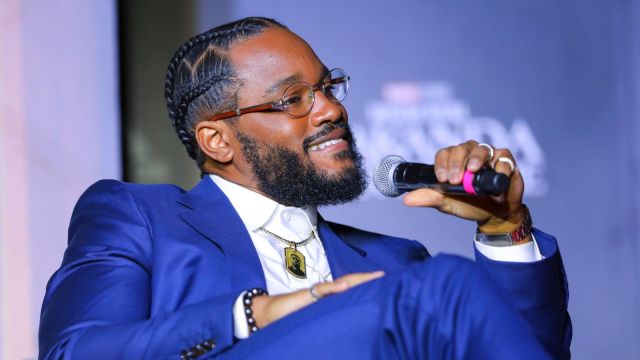 From the way it gave tribute to Chadwick Boseman’s contributions, to earning over $560 million at the box office so far, Black Panther: Wakanda Forever has received praise since its release. And due to the film’s success, Black Panther director, Ryan Coogler has a message for those who supported the film.

Marvel Entertainment released shared a printed letter written by Coogler on Twitter, where he thanked everyone who saw the latest Black Panther film. The director expressed gratitude due to the amount of effort that people pulled to encourage others to watch the film. He also thanked those who were supportive of his work and bought tickets in advance.

“Gratitude. That is the only word that comes to mind for your support of our work on the film Black Panther: Wakanda Forever. I am filled with it.

Thank you. Thank you to the people who bought their tickets early and camped out opening weekend. Thank you to those of you who took their families out- young one and elders in tow. To those who organized youth screenings and afterparties, who bought out theaters for communities and friends. To all of you who watched multiple times, and encouraged other folks to check it out.

Coogler also acknowledged those who managed to sit through the near-three hour movie and tolerated the subtitles due to the various languages that were featured in the film. He also appreciated those who managed to open up about their emotions as they grieved T’Challa’s, and Boseman’s death. In the end, he is most thankful for those who allowed Coogler to have a platform to create such stories and allow people to feel seen on screen.

Our film is over two and a half hours long, so thank you for holding those bathroom breaks. Our film has 6 languages spoken in it. Thank you for bearing with the subtitles. And our film deals with the inescapable human emotion of grief. Thank you for opening yourself up to the emotional journey of this film. We made something to honor our friend, who was a giant in our industry, and we also made something to be enjoyed in a theatrical setting with friends, family, and strangers. Something to be quoted and discussed. To be debated. Something to make people both physically and emotionally feel seen.

This medium wouldn’t exist without an audience, and I thank you for giving me professional purpose, and an emotional outlet. I look forward to bringing you more stories in the future”

Black Panther Wakanda Forever earned over $181 million at the box office during its opening and received a 95% average audience score on Rotten Tomatoes. At the moment, there are no plans to create a third Black Panther film. So until then, you can catch the blockbuster sequel in theaters right now.