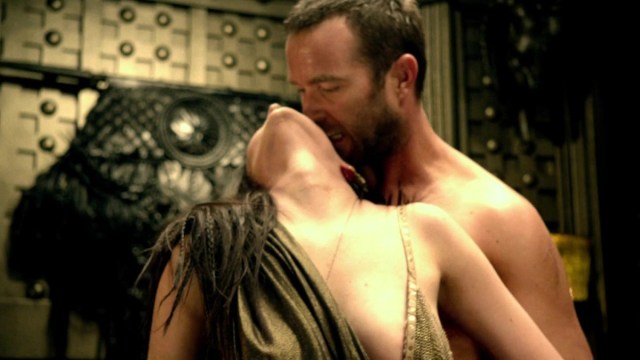 The vast majority of Hollywood’s big budget output tends to be about as chaste as you can imagine, which comes with the territory when you’re aiming to earn as much money as possible by appealing to the largest demographic. Clearly, though, director Noam Murro never got the memo when he was putting 300: Rise of an Empire together.

Zack Snyder’s original may have been full of rippling muscles, bulging biceps, and the manliest of men you could ever hope to find, but the second chapter dials the horniness up by several notches – and it’s all down to Eva Green’s scenery-devouring and incredibly sultry turn as Artemisia.

The proof is in the titillating pudding; in that she’s paired opposite the charisma-free block of wood that is Sullivan Stapleton for a rampant sex scene that generates frantic chemistry and unbridled lust, almost all of which comes directly from Green given that her partner in carnal relations maintains a single blank expression throughout.

Outside of wanton stimulation, there are a couple of standout action sequences as Murro attempts to replicate the visual panache that made Snyder’s opener such a massive hit. Rise of an Empire didn’t need to exist, but it did at least manage to ride a wave of goodwill emanating from the first installment to a respectable $337 million at the box office in spite of mediocre reviews.

It’s even managed to get streaming subscribers hot under the collar this week, too, with FlixPatrol revealing the 300 follow-up to be one of the most-watched titles on HBO Max’s global charts. It’s about as solid-if-unspectacular as blockbuster fantasy filmmaking gets, but it would have been a whole lot worse had the unstoppable Green not dialed her performance way up past 11 and then some.