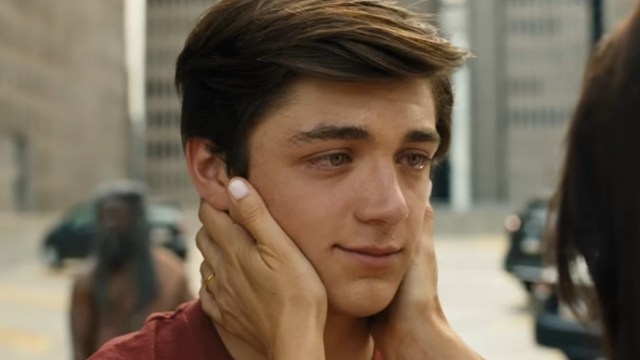 Asher Angel says Shazam! Fury of the Gods is greater than its predecessor, as he probably should.

The actor returns to play the younger Billy Batson, who’s granted magical abilities by Djimon Hounsou’s wizard and becomes the superhero Shazam, played by Zachary Levi, and the sequel to the successful first outing is looking to take things many steps forward, as Angel explained to ScreenRant.

“It feels incredible. People have been waiting for this movie. It’s bigger, it’s better, and there’s more action-packed scenes. It’s literally everything you want in a superhero movie. There’s so much heart, and there’s so much fun. It’s such a fun movie, so I think people are really going to be excited to see it. Get ready.”

From what’s been seen so far, it’s hard to disagree with this assessment. The movie will feature not just Shazam, but his whole Shazamily. In the opening installment, he shares his powers with his other siblings to fight Doctor Thaddeus Sivana (Mark Strong) and his powerful demons. In Fury of the Gods, they’ve been active this whole time protecting the city of Philadelphia.

Joining the cast are three big names who will be playing the daughters of Atlas; Helen Mirren will be Hespera, Lucy Liu will be Kalypso, and Rachel Zegler plays the youngest and as-of-yet unnamed third sister. Details around her role remains murky, but director David F. Sandberg promises there are more secrets to reveal about her.

Angel, Sandberg, Levi, Liu, and Jack Dylan Grazer, who plays Billy’s brother/best friend Freddy Freeman, showed up for the Fury of the Gods Comic-Con panel to tease more details. It’s clear that the story will get to explore the Shazamily even deeper, and it will have a grander scale.

Shazam! Fury of the Gods flies into theaters on December 21.