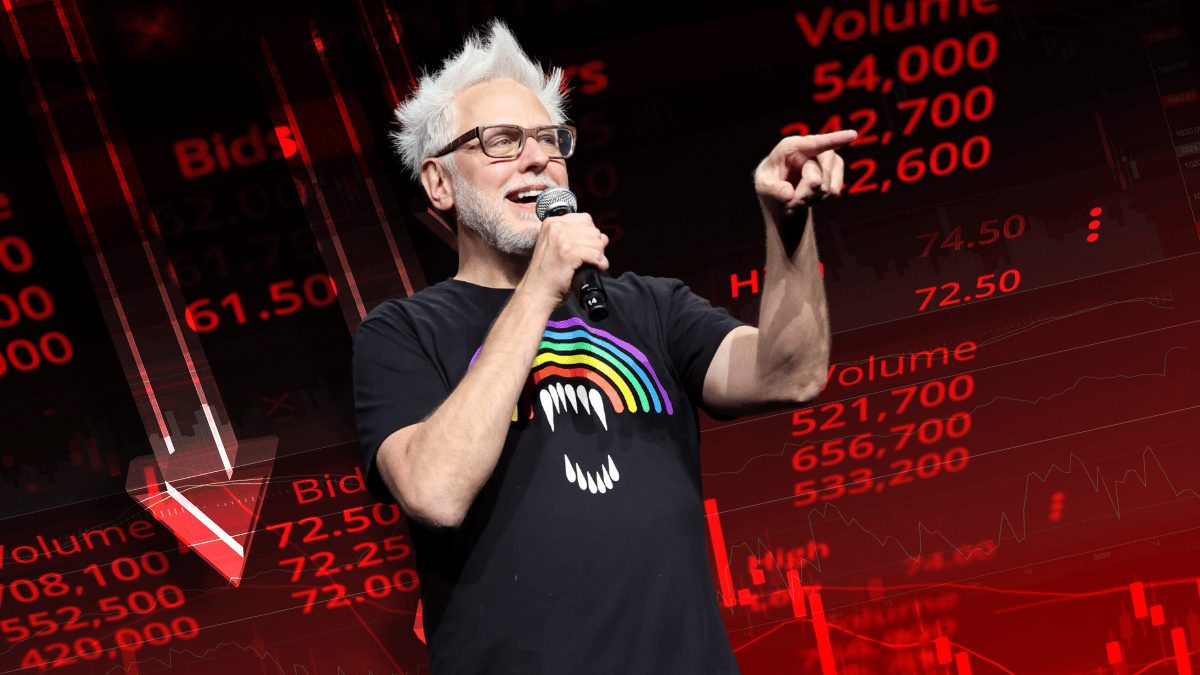 Salty Snyderverse lovers are doing just about anything they can to try and undo the vision James Gunn and Peter Safran have for the future of the DC Universe. Most recently, they’ve managed to get #BoycottWB trending and some are even grasping at straws and highlighting the sliding share price of Warner Bros Discovery.

Tunnel vision may be preventing these rabid fans from seeing the fact that other entertainment stocks on the NASDAQ (Disney, Netflix, AMC, and Paramount, to name a few) have also been dipping into the red over the past week.

If we pull the lens even further back, the NASDAQ and stock markets more broadly have been significantly declining for the past year. Who would have guessed that the GameStop fiasco wasn’t the be all and end all of how individual stocks perform? In any case, these folks certainly seem convinced that the share price action is Gunn’s handiwork:

In any case, to say James Gunn’s plan for the DC Universe is divisive would be a bit of an understatement, with a consistent effort circulating on Twitter to have The Suicide Squad director fired from his role and have Zack Snyder’s universe reinstated, even though Gunn has made it clear he won’t budge. The rest of us are simply watching and waiting to see what happens next.

Granted, we empathize and we even agree that losing the likes of Henry Cavill in the role of Superman is a sucky situation. However, we’ve said it before and we’ll say it again – reboots have happened, will happen, and will continue happening.

Does it suck to lose a cinematic universe ten years in the making? Sure. However the big headline here is, people will move on, and people will buy tickets when Gunn’s Superman film eventually releases. Henry Cavill will still be there for you as Clark Kent in Man of Steel, Batman v Superman, Justice League, and that tiny bit at the end of Black Adam twenty years from now, on whichever streaming service or futuristic metaverse media consumption technology those films end up.