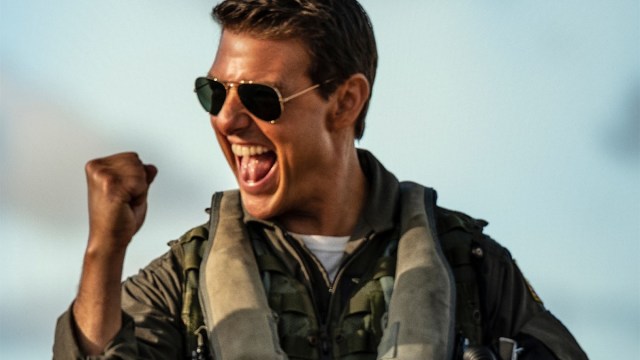 Even the most optimistic of analysts would have never been able to predict the jaw-dropping success of Top Gun: Maverick, which recently sailed past $1.2 billion at the box office to become Paramount’s highest-grossing movie ever.

In fact, by the time Tom Cruise’s title hero finally flies out of theaters, Joseph Kosinski’s airborne sequel will be one of the 10 top-earning theatrical releases ever in the United States, and it currently ranks as one of the 20 most commercially successful titles in the history of cinema.

Why has Maverick managed to decimate expectations and set countless records? Is it because it ranks as one of the best blockbusters of the 21st Century? Perhaps due to its status as a potential Best Picture contender at the Academy Awards? Or the spectacular action sequences that demanded it be seen on the largest screen possible? Maybe the fact it’s one of the best-reviewed films of the year?

As much as we can credit all of the above, Sony executive Sanford Panitch believes that there’s one more significant factor in play; Venom: Let There Be Carnage. No, seriously. After making his wild comments, fans were quick to pile on and aim more vitriol than usual in the studio’s direction.

Sure, Tom Hardy’s return to the world of Marvel did manage to earn over $500 million during its run in multiplexes, but drawing a straight line between Let There Be Carnage and Top Gun: Maverick more than doubling that figure and then some is a stretch to put it lightly.