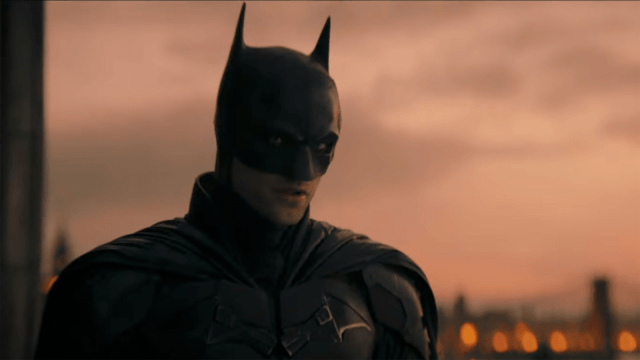 First, allow us to say that we do not recommend reading ahead if you, dear reader, value your braincells; even amongst the scope of the internet’s most nefarious corners, nary has a take posed such a vile threat to any disbelief we’ve chosen to suspend for the sake of a hopeful vision of humanity. Tread with the same caution you may have used upon going into your first Morbius viewing, regardless of how ironic it was.

In any case, it’s no secret that The Batman, Matt Reeves’ lauded character study of the storied vigilante, was a high-profile win for the DC Comics cinematic sector, which is in need of some wins now more than ever. It wasn’t perfect by any stretch, with fair criticisms aimed at its lightning and hefty runtime of just under three hours, but a string of stellar performances spearheaded by Robert Pattinson and Paul Dano coupled with a tonally succinct narrative made for one of the best Batman films in history.

One, of course, shudders at the thought of a superhero film sporting any sort of nuanced gravitas. At least, one user on r/DC_Cinematic did, and bravely shouted their take from the rooftops the way an angry child might.

The responders, of course, wasted no time in tearing this take to shreds.

One user hilariously called on Warner Bros. to ship a season of “The Real Housewives of Gotham” so that such folks may be satiated into avoiding any film discussion.

Another user pointed out the how ludicrous a move it is to compare The Batman with Top Gun: Maverick.

One other responder took a very respectable high road, neatly pointing out the flaws with this critique’s tenacity.

Of course, we will happily take all the nuance a film has to offer, as has been the case with so many masterpieces over the century that have graced the medium. If the original poster is averse to such things, we recommend avoiding the theater altogether.