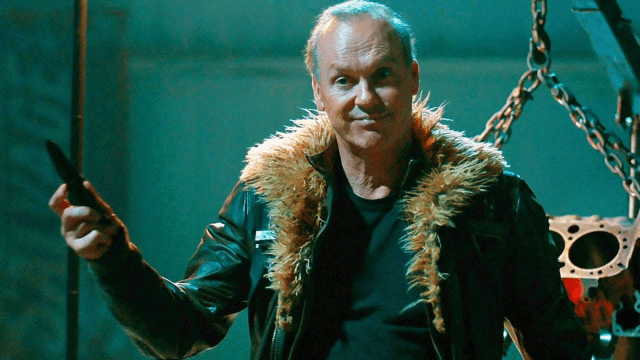 In Holland’s debut solo Spider-Man outing, he’s tested against a dangerous and non-traditional crime boss in Michael Keaton’s Vulture. The film’s titular villain is cunning and capable, turning the death of his original business into a thriving shadow venture. When Keaton’s Adrian Toomes loses out on a lucrative cleanup job, following the destructive Battle of New York, he turns his misfortune around by stealing illegal alien tech, turning it into unique and dangerous weapons, and selling them on the Black Market.

All of this is made possible through Toomes’ use of the mechanized Vulture suit, which allows him to fly, conceal his identity, and pull off challenging heists with little to no sign left behind. And, before Spidey comes in to muck things up, it seems to be a pretty ironclad plan, one that’s been going off with very few hitches for years by the time Holland’s Peter Parker enters the scene.

A post to Reddit’s Marvel Studios sub challenged the idea that this plan is actually as good as it seems, however, shattering the illusion many viewers held for years.

The process that Toomes goes through is much more complicated and poses far more risk than simply stealing cash or gold to support his family. The exact same techniques he used to steal the alien tech could easily be put to use in stealing simple money, and he’d likely have never attracted Spider-Man’s attention.

Commenters didn’t entirely agree with this assessment, however, and were quick to point out flaws in Wiley_Indalava’s argument. They noted that, because the tech was simply being transported to a secure facility out of sight, no one noticed it was missing. The same could not be said for money or gold, the theft of which would quickly draw widespread attention. It also goes against the nature of Toomes’ character, as user Roook36 noted, writing “then he’d just be a thief and not a vulture picking pieces off of things that already died or lost in battle.”

As it turns out, Toomes’ plan wasn’t so shortsighted after all. It ultimately earned him a lengthy stint in jail, of course, and led to the death or imprisonment of a number of his former employees, but it seems the former owner of Bestman Salvage really did think his plan through.