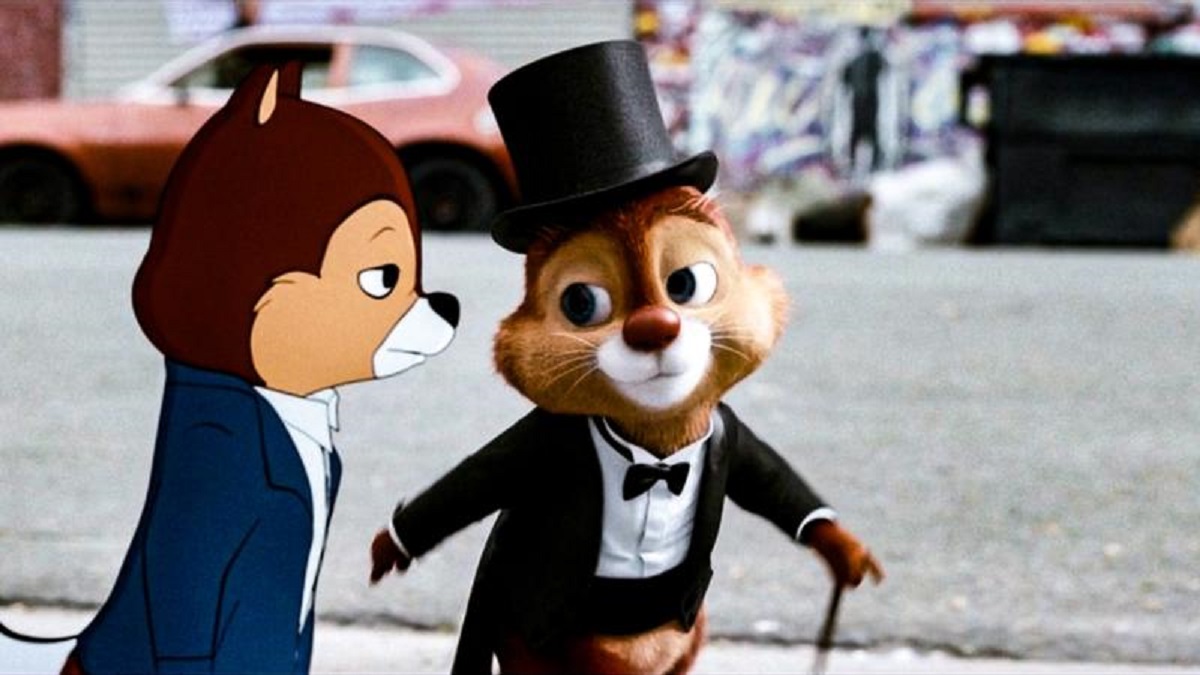 One of the biggest pop culture talking points this weekend has rather unexpectedly been Disney Plus original movie Chip ‘n Dale: Rescue Rangers, thanks largely to the sheer volume of surprise references the live-action/animation hybrid made to a number of different properties, including plenty that don’t fall under the Mouse House’s purview.

If it isn’t the hilarious appearance of Paramount’s abandoned initial design for Sonic the Hedgehog, then it’s the overt acknowledgement of the SnyderVerse’s Dark Knight squaring off with everyone’s favorite alien interloper in Batman vs. ET, and now we can add Sony’s Spider-Verse franchise to that list.

Eagle-eyed fans spotted a background Easter Egg in the acclaimed reinvention of the title characters that tied itself directly to a mural snapped by Shameik Moore’s Miles Morales in the Academy Award-winning comic book classic. Not wasting any time to confirm the wild theories, producer Phil Lord acknowledged that Rescue Rangers is indeed a canonical part of the Spider-Verse.

While there’s obviously a tongue-in-cheek element to Lord’s response, it perfectly suits both the irreverent tone that’s defined the filmmaker’s entire career alongside Christopher Miller, while potentially opening the door to either Across the Spider-Verse or Beyond the Spider-Verse repaying the favor when the two-part sequel spectacular hits theaters in June 2023 and March 2024, respectively.

Viewers are uncovering more and more hidden treasures in Rescue Rangers with each passing day, something that stands the family favorite in good stead to drum up plenty of repeat business on streaming as folks seek to find every Easter Egg they can.