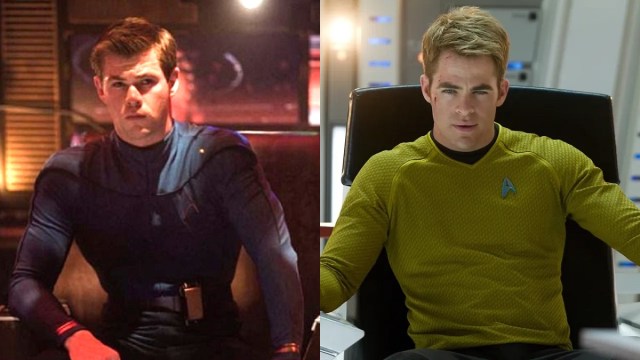 At this stage, even the most optimistic of Star Trek fans will have resigned themselves to the fact that the long-gestating fourth installment in the Kelvin timeline is pretty much cursed, and perilously close to being forever lost to development hell.

If we’re being honest, everything about the project so far has been disastrous on virtually every level, so maybe it’s not surprising at all that the pieces simply won’t come together. S.J. Clarkson was initially tasked to get the band back together until dropping out of the director’s chair, before Noah Hawley disregarded canon for another reboot that ended up getting scrapped fairly late in the day after the top brass decided they wanted J.J. Abrams’ crew after all.

WandaVision‘s Matt Shakman was brought in and Star Trek 4 was even given a release date… which was swiftly pushed back. The cast admitted in a multitude of interviews that they had no idea what was going on, before the delays kept coming, and then the studio officially announced the latest iteration of the project without consulting the key players, none of whom had contracts in place. To cap things all off, the film has now been pulled from the calendar altogether, and can currently be found floating in limbo.

In short; it’s been an utter sh*tshow, but perhaps the best idea for Star Trek 4 was the first to be abandoned. If you’ll recall, the internet was abuzz when it was revealed Pine and Hemsworth would be teaming up for the all-star Chris crossover we never knew we needed, with writers Patrick McKay and John D. Payne describing the story as “Indiana Jones and the Last Crusade in space”.

Kirk Sr. would have been trapped mid-teleportation having tried to escape his ship before it exploded in the prologue to 2009’s Star Trek, allowing him to be reunited with his onscreen son for a cosmic buddy caper without leaning into time travel or Prime versions. On paper, pairing up two major names for a sci-fi blockbuster inspired by one of the all-time greats sounds tantalizing, but the fourth chapter continues to look increasingly doomed instead.