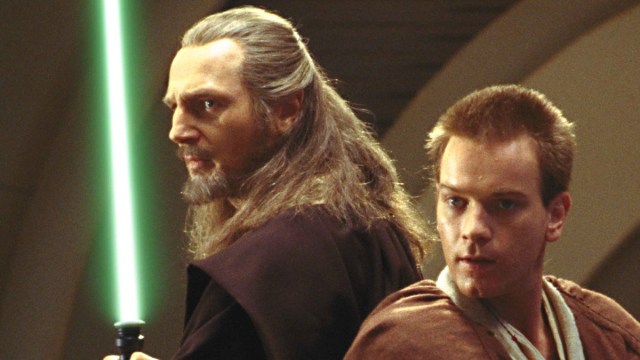 The history of Star Wars is strewn with Jedi Masters who say incredibly wise things, but also make plenty of mistakes. Masters as great as Yoda prove time and time again that they are far from infallible, but that doesn’t mean we need to throw the baby out with the bath water, so to speak. There’s plenty of wisdom to be found across the history of the Jedi, and these nine Jedi in particular offer wisdom throughout their appearances in the world of Star Wars — and that’s what makes them worthy of this list.

Yoda is far from the perfect Jedi Master he initially appears to be. As we see in the prequels, it was under his leadership that the Jedi Order fell and Palpatine rose to power, a failure that would haunt him for the rest of his life. In spite of that major shortcoming, though, it’s hard to deny that Yoda understood the Force more deeply than almost any other Jedi. He was an outstanding teacher for Luke, and his strange manner of speaking disguised profound wisdom about the nature of balance and life itself. Yoda made a pretty big error, but it’s hard to deny his wisdom.

Obi-Wan’s great failure was in the training of Anakin, but he cannot be defined solely by his inability to stop Anakin’s turn toward the dark side. In his later years, though, we see how wise Obi-Wan has become, and although his time with Luke is not extensive, it’s more than enough to send him down a different path than the one Anakin was on. The proof of Obi-Wan’s wisdom comes in his very final exchange with Vader, when it’s clear he knows that he will be killed, and is more than ready to become one with the Force. He’s become more powerful than his former apprentice could ever imagine.

Perhaps the wisest member of the Jedi Council, Qui-Gon knew that rigid adherence to the dogma of the Jedi could lead one down a bad road. Qui-Gon was not disloyal, but he had boundaries of his own that were entirely separate from the code of the Jedi. His skill as a master ultimately led to Obi-Wan’s strength, and while he may have been a little off about Anakin, his belief in a Living Force allowed him to become the first Jedi Master to retain his consciousness after his death.

As a Cerean male, Ki-Adi Mundi had a binary brain that made him uniquely equipped to make logical, thoughtful decisions. He was widely known for his courage and wisdom, and he was often a voice that the Jedi Council turned to on matters of strategy. When other Masters needed advice on a wide array of matters, Mundi’s was often the voice they wanted to hear from. His binary brain allowed him to view all sides of a situation at the same time, which only made his decisions more thorough and comprehensive. He was a great Jedi, although even he could not see the Emperor’s plot to destroy the Order coming.

The evolution of Luke Skywalker as a character sees him transform from a brash, arrogant young man to a wizened master who is so cynical about the world that he cuts himself off from the Force completely. Before his death, though, Luke proves his immense wisdom, and his understanding that the Jedi’s flaws were ultimately responsible for the rise of the Jedi Order. He knows when he shows up to face the First Order that he can’t beat Kylo Ren and his forces. He also knows, though, that he doesn’t need to. Luke’s power was never in his lightsaber. It was in the legacy he left behind that inspired so many to action.

Although she was Anakin’s Padawan, the wise Ahsoka Tano shared a special bond with Plo Koon, one that likely shaped her opinions about the Jedi overall. Plo Koon was among the wisest Jedi Masters because he cared deeply for every form of life, and he was forever calm and level-headed. Plo Koon was also known to be a calming presence, something that those around him could sense even before he spoke. Although he doesn’t receive a ton of screen time in the movies, it’s undeniable that he is one of the wisest Jedi on the High Council.

She may not have achieved the rank of Master by the end of her trilogy, but Rey is sure to achieve it at some point. More to the point, though, Rey’s wisdom is informed by the deep history she inherited as the last Jedi. She learns from Luke and Ben Solo, and comes to appreciate the Force as a balance between light and dark. Rey knows that some of that darkness exists within her, but she doesn’t run from it the way Anakin might have. Instead, she allows it to exist and recognizes that part of being a wise Jedi is choosing to live in the light.

One of the hallmarks of a wise Jedi is the ability to keep calm under pressure, and few were better able to do that than Luminari Unduli. Prior to her capture at the hands of Darth Sidious, Luminari was known for being thorough and even-keeled, a combination that made her a great teacher and a sharp strategic mind. When she made a mistake, Luminari was always willing to acknowledge, meaning that she was also humble, which was one of the great failings of the Jedi Order more generally. If only they all had the humility of Luminari.

Although she may look like nothing more than a humble librarian, Jocasta Nu was a member of the Jedi High Council prior to the invasion of Naboo, and she was one of the few Force sensitive people associated with the Jedi to survive Order 66. After the fall of the Republic, Jocasta worked to collect as much ancestral knowledge about the Jedi as she could, and prepared plans to create a school that could train the Jedi in secret. Her plot was eventually foiled by Vader, but her belief in the institutional knowledge of the Jedi created a lasting legacy that could be passed down through generations.