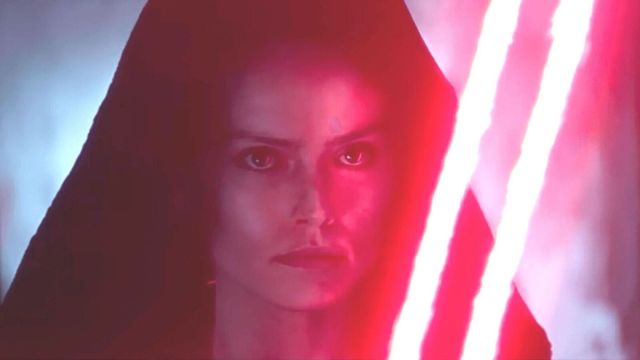 It’s been two and a half years since The Rise of Skywalker came out, but somehow Palpatine has returned Star Wars fans keep on finding new things to hate about it. In particular, folks have long complained about how Episode IX brought Rey’s journey to a close, with everything from her pretty suspect smooch with Kylo Ren to the “Rey Skywalker” moment constantly being blasted online. But, just for the sake of variety, the fandom’s currently directing its ire at another element of Rey’s treacherous TROS arc.

Redditor u/me_grimlock got things rolling by sharing some Dark Rey fan art, which revamped Daisy Ridley’s heroine with a Sith fashion sense and a double-sided red lightsaber. While people have long been fascinated by the concept of Rey going evil, this thread also made the r/StarWars subreddit community realize how much of a crime it was that Rey never actually made herself a double saber.

It must’ve made too much sense to actually happen in such a nonsensical film.

Legacy over originality, I guess.

Even the most ardent sequel trilogy defenders admit that Rey not getting a double-bladed saber is bogus.

The anger just isn’t going away.

Imagine the alternate version of the movie where Rey went to the Dark Side? The Fall of Skywalker, maybe?

As one fan pointed out, Rey made her own lightsaber — the yellow model debuted in the film’s final scene on Tatooine — out of her old staff, so the option to give her either a double-sided saber or a saber-staff was staring the production team in the face and yet they didn’t act on it. We did get a glimpse of her wielding a collapsible double saber in that Dark Rey vision, but it was sadly only for one all-too-brief scene. You have to hand it to Rise of Skywalker; not many movies can offend their fans in so many different ways.