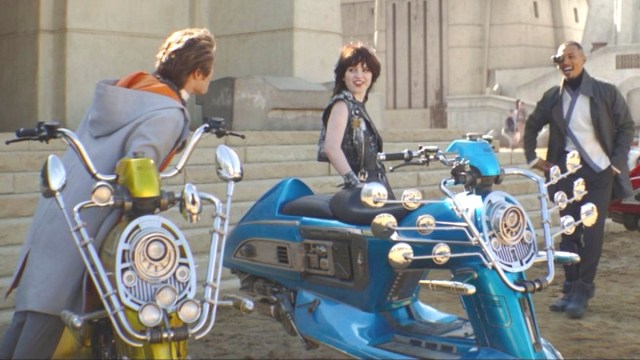 As you’d expect from a beloved generation-spanning franchise that was bought over by one of the planet’s most monolithic corporations in a multi-billion dollar deal, Star Wars fans have had plenty to say about the rash creative, character, and storytelling decisions made throughout the Disney era.

While nothing has proven to be quite as polarizing as the discourse surrounding The Last Jedi or The Rise of Skywalker in the three and a half years since the sequel trilogy wrapped up, that doesn’t mean everyone is happy to be spoonfed the sugary blend of the new and nostalgic the Mouse House has been offering on Disney Plus.

In fact, The Book of Boba Fett and Obi-Wan Kenobi were criticized in a myriad of ways for a number of different reasons, but one bold Redditor is hoping everyone will play nice. Taking to the forums confidently, the original poster asked fellow Star Wars supporters to say nice things about Rose Tico, Rey Skywalker, Vice Admiral Holdo, and the band of plucky cybernetic youths who assisted Temuera Morrison on Tatooine. Suffice to say, things didn’t go quite as planned…

The fact the top-voted comment says “they earned a paycheck” tells you all you need to know about the overwhelming sentiment towards the aforementioned names, even if the bile directed towards Kelly Marie Tran stepped way too far over the line, to the extent the fandom was called out by the stars of Star Wars for their actions.

You don’t have to like everything that comes out of a particular property, but there’s no reason why things can’t be kept civil at all times. In fairness, they did all get paid for their contributions, so the sentiment isn’t wrong.