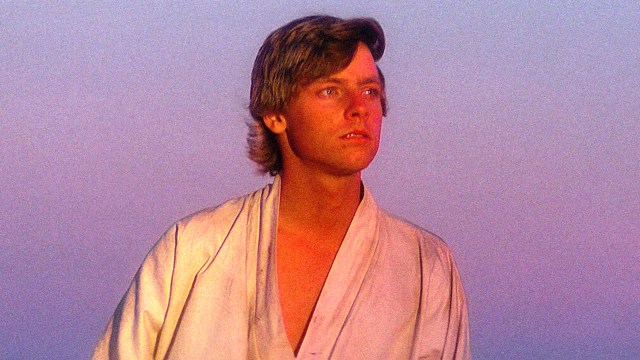 Star Wars fans are discussing the aspects of the franchise they dislike, yet aren’t serious enough to destabilize their fandom.

The conversation began in r/StarWars via user –TheForce–, who posted, “What is something about Star Wars you think is dumb, but overlook anyway?”

Ironically, the highest upvoted answer is “the fans.”

Like a large, diverse country, the Star Wars fanbase scrutinizes—and is scrutinized for—every action, no matter how innocuous or insignificant. In as much as they’re annoyed by that double-edged spotlight, they can take solace in their position as one of the the most spotlit subsets of supporters.

Shaggy_Rogers0 chose a non fan-related aspect to criticize: “that most droids clearly have a perfectly working human level intellect, but apparently nobody seems to realize that,” which results in non-droids treating them as nonentities.

Optimal_Carpenter690 offered a good explanation for this, considering that droids are seen as slaves: “The idea of having equals but convincing yourself they’re not equal in order to support your preconception that they’re inferior is as old as time.”

Another disliked but overlooked part of Star Wars is Luke’s last name. “Luke’s last name stayed Skywalker instead of changing to Lars [Lars is the last name of the uncle that raised him] (like Leia -> Organa) which would be an obviously huge giveaway to the galaxy that Anakin Skywalker had kids,” kmukayed wrote.

Again, a different Redditor challenged that critique by writing that a name change would not have been necessary on “a desert farm in the middle of nowhere on an outlaw planet.”

Of course, a few Redditors mentioned the sequel trilogy, consisting of The Force Awakens, The Last Jedi, and The Rise of Skywalker.

If there’s something about Star Wars you hate in spite of your continued fandom, feel free to add it here.