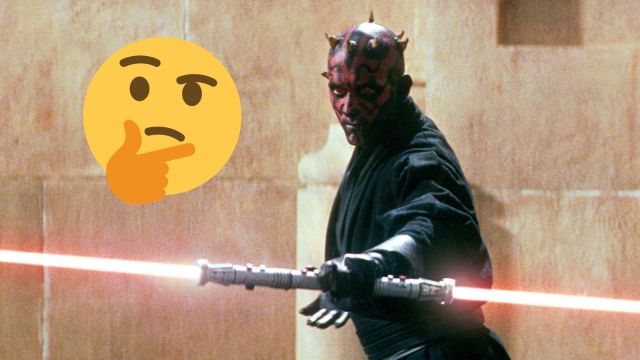 We all know Darth Maul, or so we think. The devil-looking dual-sided lightsaber-wielding Sith lord made an instant impression when first seen in The Phantom Menace, but many mysteries remain about him 20 years on.

Maul has popped up for several fan favorite episodes during Star Wars: The Clone Wars and Star Wars: Rebels, as audiences got to learn more about him and his brother Savage Oppress. While he does have chicken legs by the time of The Clone Wars, it’s nothing to do with his survival fans are curious about today.

Their chief concern is a simple one, a question that has been eluded throughout canon: what on Earth is Darth Maul’s real birth name? Was he simply born into being evil because his parents named him Darth Maul?

In official canon, Maul has stated he cannot remember his birth name, so the Reddit galaxy brains have given everyone their suggestions for what it should be. Get ready for puns and Robot Chicken-esque parody. First suggestion is Gerald J. Maulenstein, which could work well alongside Glup Shitto and Babu Frik.

Because The Rise of Skywalker isn’t enough of an internet punching bag already, here’s a riff on the infamous final scene of Episode 9. Maul has roughly as much claim to the name as Rey, some would argue.

The next one goes out to all The Simpsons fans in the Star Wars galaxy, and to a certain Lisa Simpson in particular.

Others think it must have been a dream scenario for Palpatine when he met Maul, as the spooky scary name had already been pre-wrapped for him. You gotta love efficiency in the workplace.

The mystery will remained likely unsolvable, with the best guess being his last name matches his brother’s, so Maul Oppress could be it. A truly masochistic name, perfect for the slaughter of Jedi.